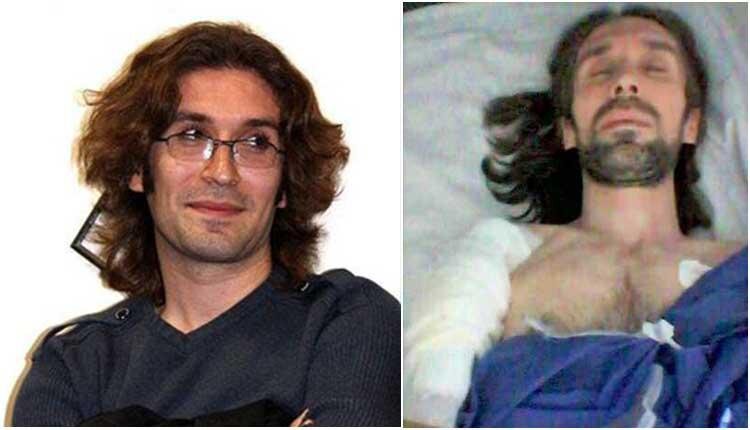 Jailed human rights defender Arash Sadeghi, has had worsening health problems due to an infection on his shoulder that has been left untreated in Raja’i Shahr Prison.

The judiciary officials are disregarding medical advice which recommends his monthly hospital visits to check his tumor and stop its growth. As a result, he has lost the ability to move his right arm.

After a major surgery in October 2018, Sadeghi can not control the movement of his arm and the infection on the spot of his surgery is getting worse every day.

The political prisoner’s father, Hossein Sadeghi, expressed his concern about Arash’s health in prison and the lack of access to medical services on his tweets saying: “Arash’s condition is getting worse every day”

Since June 2016, Sadeghi, 38, has been serving a 15-year prison sentence for his peaceful political activities.
He has suffered repeated medical problems in Raja’i Shahr prison in Karaj, a city near Tehran.

On June 13, after he suffered severe pain in his arm for months, prison doctors raised the possibility he was suffering from cancer and transferred him to a medical center.

Doctors there diagnosed him with a cancerous tumor in his shoulder and recommended an immediate transfer for specialized medical treatment.

He underwent a biopsy in June 2018 and was diagnosed with a rare form of cancer that causes bone tumors. The authorities never allowed him to receive full treatment.

Sadeghi’s last visit to a hospital outside the prison with specialized medical practitioners was in September 2018 despite repeatedly requesting to go back for further treatment.

After several short-term detentions, Arash Sadeghi was convicted to 15 years in prison by the Revolutionary Court in Tehran in 2016 for “acting against national security, attending protests, defamation of the supreme leader, forming illegal groups, and propaganda against the regime”.

He had also a previous suspended 4-year jail that was added to the new conviction, totalling his prison term to 19 years.

Sadeghi has described the allegations as fabricated by the judiciary and the Revolutionary Guard Corps.

His wife, Golrokh Ebrahimi Iraee has been also sentenced to six years in prison for writing an unpublished book on stoning.

Protesting her arrest in October 2016, Sadeghi went on hunger strike for 71 days that left him with several health complications.

Initially Sadeghi and Iraee were tried by Branch 15 of the Revolutionary Court in May and July 2015 by Judge Abolqasem Salavati. Iraee was in the hospital and was not able to attend but the judge refused to postpone the trial to hear her defense.

Judge Salavati’s verdict was upheld by Branch 54 of the Appeals Court in March 2016 for the charges of “collusion against national security,” “propaganda against the state,” “spreading lies in cyberspace” and “insulting the founder of the Islamic Republic [Khomeini].”