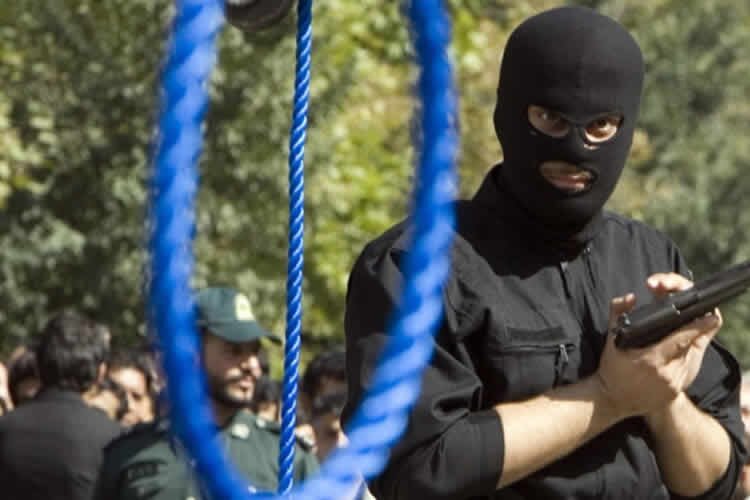 The death sentences of five inmates including a woman were carried out Wednesday morning, June 19, 2019.

The woman hanged in Gohardasht Prison, a.k.a Rajai-Shahr, was the 89th woman executed during Rouhani’s term in office since 2013.

Fatemeh Nassiri had been in jail since 11 years ago when she undertook the responsibility of a murder committed by her son. She had been transferred on the same day from Ward 7 of Qarchak Prison to Gohardasht Prison to carry out her death penalty.

The man hanged in Gohardasht Prison has not been identified by name. He was also charged with murder of his wife. He had been transferred in a group of five inmates to solitary confinement on Sunday morning, June 16, 2019.

The other four inmates were returned to their wards. Shahin Sheikhan from Ward 1 of Gohardasht was forgiven by the family of the victim and escaped death. The other three who have not been named have been given some time by the victims’ families.

Three men charged with rape were also hanged in the Central Prison of Bandar Abbas in the early morning of Wednesday, June 19, 2019, as reported by the semi-official ISNA news agency.

They had been imprisoned since 2014 for committing rape, according to the news agency of the Iranian regime’s radio and television network (Seda va Sima).

The Iranian state media have not published any further details on the three men executed yesterday in Bandar Abbas.

According to the IranHRM Annual Report 2018, at least 285 people were executed in that year, 11 of them in public. They included 10 political prisoners and at least 4 women. Six individuals were executed for crimes they allegedly committed as minors.

The clerical regime in Iran uses the death penalty as a tool to suppress and silence a disgruntled society the majority of whom live under the poverty line, are unemployed and deprived of freedom of speech.

Iran is the world’s top record holder in per capita executions.  More than 3,600 people have been executed in Iran since Rouhani took office in 2013.