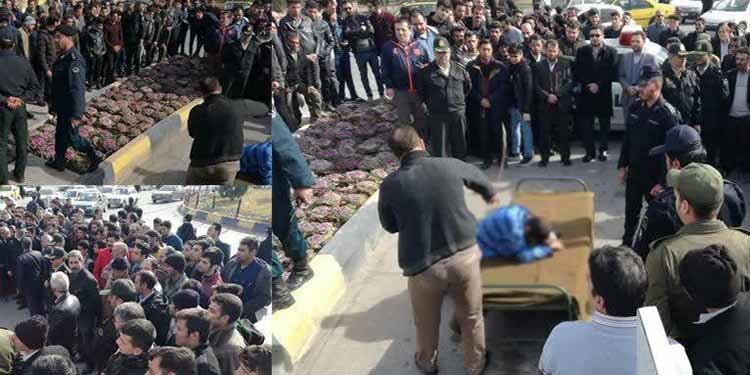 A man convicted of theft was publicly flogged today in the central city of Shahreza, according to a local website.

The state-run Shahreza News website quoted the city’s Revolutionary and Public Prosecutor as saying that the man was sentenced to public flogging for robbery.

Amir Hossein Razazadeh said, “According to a sentence by the Branch 103 of the Shahreza Criminal Court and after confirmations by the court of review, the sentence was carried out.”

The Prosecutor said that the 23 year old man was flogged 74 times in the city’s Shohada Square at 11 am.

He said that “All available facilities and capacities would be used to maintain and create stable security in the city.”

According to the report, the young man had robbed homes and stores since he was a teenager. A picture of the public flogging was also published by the website, showing a man being held on metal bed while he’s beaten in front of a stunned crowd.

As a party to the International Covenant on Civil and Political Rights, Iran is legally obliged to forbid torture and other cruel, inhumane and degrading treatment or punishment.

However, Iranian officials have carried out various forms of cruel punishments, including flogging and amputating people’s hands for stealing.

He acknowledged that under backbreaking economic pressures, many poverty-stricken people might also be forced to commit theft.

“According to the statistics of the judiciary and the police, unfortunately, robbery is second in terms of crimes in the society,” Montazeri said adding that theft accounted for up to 28 percent of all crimes in Iran.

He said that “unemployment” and the “closure of factories” were all effective in the higher numbers.

Around 80% of Iran’s population live under the line of poverty with many Iranian barely able to make ends meet. 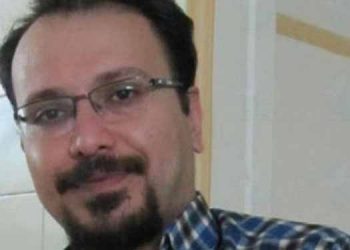