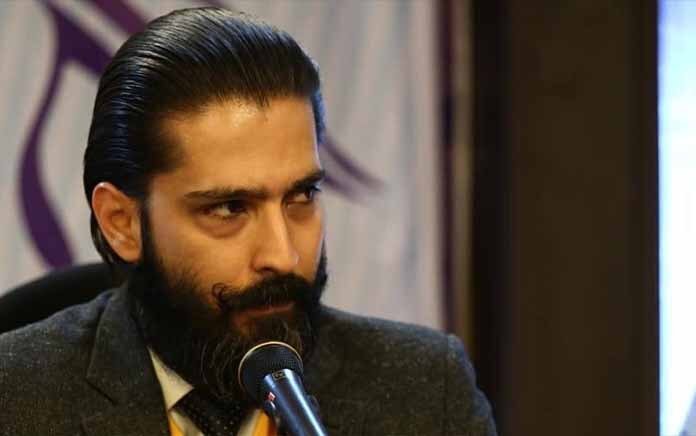 Amir Salar Davoudi has sent out an open letter from prison, announcing that he has started a hunger strike since February 9, 2020.

On the reason of his hunger strike, Amir Salar Davoudi wrote: “Because the authorities have not made any decision on my furlough, and particularly because they have not agreed with it, I will continue my hunger strike by drinking only water, until further notice or when my demand is met.”

This imprisoned lawyer has been imprisoned for 15 months. He was detained 190 days of this time in solitary confinement.

Mr. Davoudi said in his letter that he had promised his little daughter to return home for a few days, and that this was the only reason he had asked for a leave. He laid the responsibility of the consequences of his hunger strike on the judicial authorities, including the Chief Justice Ebrahim Raisi, the Observing Assistant prosecutor, the Assistant Prosecutor of Tehran and Tehran’s Prosecutor.

Amir Salar Davoudi had defended a number of political and civil activists, as well as religious minorities.

Mr. Davoudi was arrested in Tehran on November 20, 2018 on charges of “insulting the leader” and “propaganda against the state.” Additional charges were leveled against him later including “collaboration with hostile governments through giving interviews to the VOA Television Network” and “formation of a group to overthrow the state.”

The latest charge is a reference to Mr. Davoudi’s launching of a Telegram account on which he protested the arrests and imprisonment of lawyers including Nassrin Sotoudeh, Arash Kay-Khosravi, and Qassem Sholeh.

On June 1, 2019, Branch 15 of the Revolutionary Court of Tehran sentenced Amir Salar Davoudi to a total of 30 years in jail, 15 years of which will be implemented. He was also sentenced to 111 lashes of the whip and a cash fine of 60 million rials. He was also deprived of all his social rights for two years.