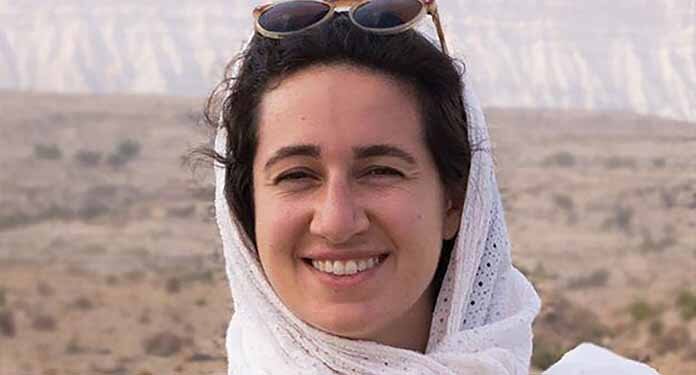 Niloufar Bayani, incarcerated environmental expert, has petitioned Judiciary officials against the brutal psychological and physical torture she has been subjected to by her interrogators from the IRGC Intelligence during her detention.

The disclosure by Niloufar Bayani was disseminated by the social media after the verdicts for eight environmental activists were upheld by the Court of Appeals and announced by the Iranian Judiciary spokesman on February 18.

Bayani said she had been brutally tortured during 22 months of illegal incarceration in Ward 2A of the Islamic Revolutionary Guard Corps. She wrote that her interrogators had made her make animal sounds and threatened her with lethal and paralyzing injections.

Ms. Bayani said the interrogators had shown her pictures of the corpse of Kavous Seyed Emami, for whom she worked. They warned her that she and all her colleagues and relatives would have the same fate if she did not write what they wanted.

In the letter smuggled out of prison, Niloufar Bayani wrote of vicious mistreatment, of daily threats of execution, eight months of solitary confinement and incommunicado detention, lengthy interrogation of 9 to 12 hours during day and night, of being interrogated while standing, or while turning around blindfolded, and even while forced to do squats. She wrote that she had been insulted and threatened with the arrest of her 70-year-old parents. She had been threatened to be imprisoned in a 1-square-meter cell. She was intimidated by showing her torture tools and describing what they did with them. For hours, they made her listen to description of torture, pain, and details of what it’s like to be executed. Ms. Bayani was also pressured by threatening to kill her colleagues.

Niloufar Bayani wrote her interrogators rolled up her sleeves and threatened to give her paralyzing injection or air ampules. One of the interrogators had kicked her chair so many times that she suffered great back ache. Another interrogator who appeared to be a clergy, asked her to choose between being flogged 70 lashes over two days or 50 lashes in one day.

Niloufar Bayani stressed in her letter that the interrogator from the IRGC Intelligence told her that he had received the direct permission of Hossein Ta’eb, head of the IRGC Intelligence, to carry out all these acts of violence. He claimed to have special warrant from top officials to torture her with a flogging verdict.

Ms. Bayani reiterated in her letter that her confessions to espionage and other criminal acts had been dictated to her under the most vicious psychological torture and threats of physical torture and sexual abuse for at least 1200 hours. She has asked the court to examine the video and audio clips of her interrogations and her medical case to verify her assertions.

The environmentalist expert said the charges levelled against her are unfounded and cannot be legally corroborated. They are based on her forced confessions and confidential reports of the Armed Forces. Replying to this request, the judge presiding Branch 15 of the Revolutionary Court of Tehran has declared the video and audio clips of her interrogations are top secret and neither the defendant, nor her lawyer or the judge are permitted to see them.

Eight conservationists sentenced to a total of 58 years in prison