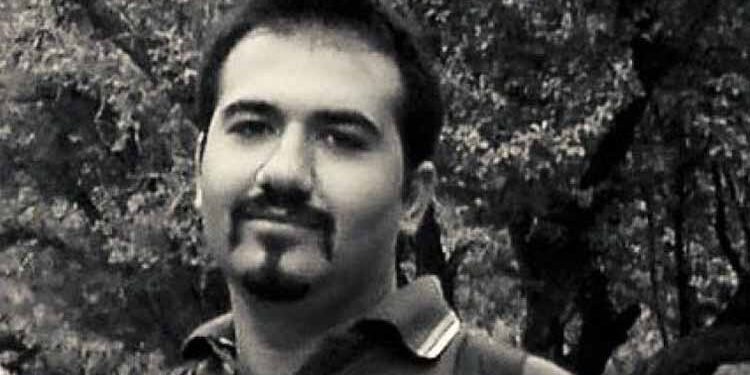 I want to be the voice of my fellow inmates in Ward 2 of Section 5 of the Greater Tehran Prison. Those arrested in November 2019!

Those who rose up to protest the conduct of the crisis-mongering government of Hassan Rouhani. Agents of the Intelligence Ministry and the IRGC Sarallah garrison, responded to their cries for justice by bullets, shockers, batons, and sentencing them to detention in this torture chamber.

Those who speak of “Islamic mercy” should come and see the scars of shockers on the neck of Abolfazl, a young man who has been working since the age of 10. He has been involved in the most difficult jobs, construction, stonecutting, working on the façade of buildings. Before even finishing his 17th year of life, he was imprisoned and he had to spend his 18th birthday in jail.

Those arrested in November 2019 are being detained today alongside graft convicts, drug salesmen, robbers, etc. In addition to being hunted by drug sellers, these oppressed young men are now in danger of contracting the Coronavirus.

This prison has never been a suitable place for detention of human beings. It lacks even the minimum standards listed in the bylaws of the (Iranian) Prisons Organization: detention of prisoners in overcrowded cells of the wards, lack of sanitary standards, occupation of toilets and bathrooms by drug sellers and consumers in most of the hours of the day, violation of the principle of categorization of prisoners based on their charges and crimes, detention of healthy prisoners aside addicts and criminals, lack of a doctor and even a nurse in most hours of the day, and far distance of this prison from the city which has led to the deaths of many prisoners while being transferred to hospital.

Sometimes, it takes more than two hours to take a sick prisoner to a hospital. This has led to the deaths of hundreds of prisoners. We have time and again warned prison authorities of the shortage of ambulances, physicians, nurses and even medicines, but they have not attended to these problems. On a number of occasions, they have rather accused the person telling the truth of “propaganda against the state,” sentencing him to longer prison terms.

May be this time, too, I get exiled to a more distant and dreadful place for disseminating this information. The duty of a journalist, however, is to express the truth, disseminate information, seek justice and support the oppressed. I hope that you can save these dear young men before it is too late.

Criticism and protest must not be responded by bullets and jail sentences.

Do not erase the question. Instead of building prisons, create jobs and solve the problems of young people.

The lives of dozens of young men in jail are in danger.

Last Tuesday, a number of prisoners were sent on leave for Nowruz holidays. This special furlough is going to be for 30 days. For many prisoners, this leave is going to be connected to their freedom. But this furlough has never included the incarcerated protesters, political prisoners, journalists and teachers.

It should be noted that a large number of those arrested during the protests in November 2019, are presently being savagely tortured by interrogators and agents of the Intelligence Ministry in the Greater Tehran Penitentiary.

U.N. urges Iran to To Release Political Prisoners Amid Coronavirus

Sweeping arrests in Iran for reporting the truth on Coronavirus outbreak