Labor activist summoned to court to serve 11 years in prison 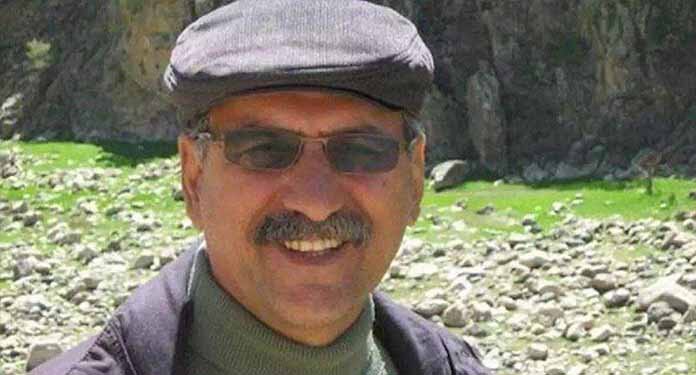 Labor activist Shapour Ehsani Rad has been summoned to Branch 1 of Evin Prison’s Implementation of Verdicts to serve his sentence, the Free Trade Union of Workers in Iran reported.

Shapour Ehsani Rad received an electronic mail on April 12, 2020, instructing him to turn himself in within five days to serve his prison sentence.

The Revolutionary Court of Tehran sentenced Mr. Ehsani Rad to six years in prison and two years of exile in Sistan and Baluchestan. According to the court’s verdict, he is also going to be deprived for two years from membership in any political or social parties or groups. The Appeals Court upheld the primary verdict without him or his lawyer being present in the court. The hearing to examine charges levelled against Mr. Ehsani Rad was held on September 21, 2019.

Security forces arrested Mr. Ehsani Rad on July 29, 2019, and took him to the general ward of Evin Prison on August 15. His case was sent to the 4th Branch of Evin’s Courthouse and eventually, the labor activist was freed on bail on September 3, 2019 until the end of his legal proceedings.

Shapour Ehsani Rad is the dismissed representative of the Profil Factory of Saveh, a founding member of the Social Security’s Retired Workers Council, and member of the board of directors of the Free Trade Union of Workers of Iran.

Earlier on May 16, 2015, the labor activist had been arrested on the charge of “inciting workers” for representing them when workers of Safa Pipeline held a protest, demanding to receive their five months of unpaid wages. On May 26 that year, he was transferred to the Central Prison of Saveh along with renowned labor activist, Jafar Azimzadeh. Eventually on June 10, 2015, he was temporarily released on a bail of 200 million tomans.

Based on the verdict issued in 2016by the First Branch of the Islamic Revolutionary Court of Saveh, Shapour Ehsani Rad and Jafar Azimzadeh, were both sentenced to 11 years in prison on charges of “association and collusion against the state’s national security” and “propaganda against the state.” The two labor activists were finally exonerated of their charges by Branch 8 of the Appeals Court of the Central Province on May 22, 2017.

Recently, another labor rights activist Ms. Nahid Khodajou was summoned to Tehran’s Evin Prison, to serve her sentence amid the coronavirus crisis. Evin Court of Appeals had given her five days to surrender herself to the prison and serve six years behind bars.