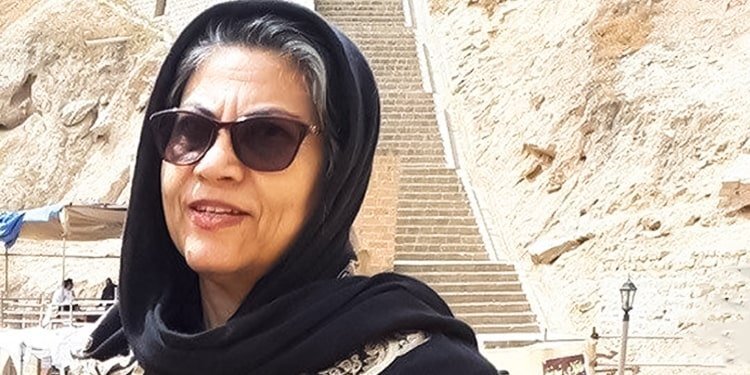 Political prisoner Nejat Anvar Hamidi has been infected with coronavirus in Sepidar Prison of Ahvaz in Khuzestan Province. Rather than receiving medical treatment, she is being held in a quarantine ward with no access to medical care.
According to a source close to her family, she and other prisoners were told that the prison doctor was ill and would not come to the prison. She needs antibiotics. But she was only given antipyretic medication.
At lest 50 women political prisoners have contracted the coronavirus in Sepidar Prison. All of them have been quarantined after exhibiting Covid-19 symptoms such as fever and coughing.
Held in Sepidar Prison in Ahvaz, Nejat Anvar Hamidi, 62, suffers from severe eye disease. Regime authorities arrested her in March 2019 on charges of supporting the People’s Mojahedin of Iran (PMOI/MEK).
She was arrested in 1981 for supporting the PMOI and held in the regime’s prisons for more than 2 years. Nejat Anvar Hamidi was eventually released on bail; however, the regime issued a warrant for her arrest and she was re-arrested. Her new sentence was for 5 years.
In March 2019, she was transferred to Sepidar Prison in Ahvaz to serve the rest of her sentence.
Nejat Anvar Hamidi’s husband and daughter were also arrested, interrogated, and threatened. The authorities informed the family members that they had no right to legal counsel. They were also told that if they sought counsel anyway, they would be arrested on charges of failing to cooperate with intelligence forces and representing a threat to national security.
She suffers from severe eye disease, and experiences chronic headaches.