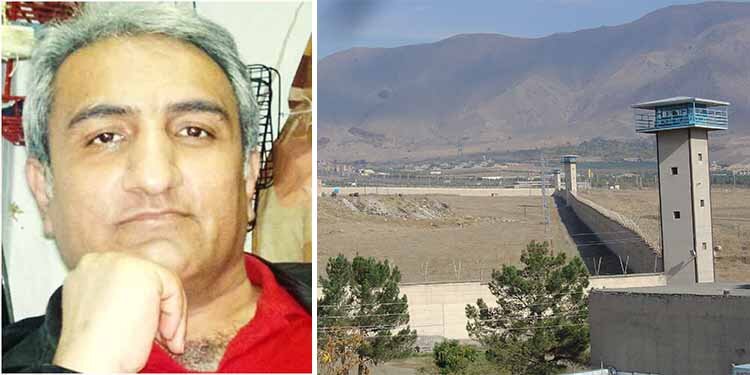 Mr. Baymani referred to the prison dispensary on Tuesday, May 5, after he felt great pain in the chest and heart area.

A source close to the family of this prisoner said he had been taken to the dispensary at least three times over the past two months, but every time, the doctor’s request to send him to a civic hospital was turned down by Amin Vaziri, the assistant prosecutor overseeing political prisoners.

Afshin Baymani was supposed to be hospitalized in March in the Special Heart Hospital where he has a case because of the sensitivity of his case. Prison authorities, however, decided to send him to Rajaii Hospital in Karaj which is not a specialized center and does not have his file.

Mr. Baymani refused to go to Rajaii Hospital where the COVID-19 patients are quarantined, saying that his papers are in Tehran’s Heart Hospital and he must be sent there. Eventually, Amin Vaziri rejected his request.

Political prisoner Afshin Baymani is serving his 20th year of detention in Raja’i Shahr Prison. He was sentenced to death in 2000 for “waging war on God.” The ruling was upheld at the time by the Appeals Court but was commuted to life in prison in 2006.

At least 26 Greater Tehran inmates infected by the novel coronavirus