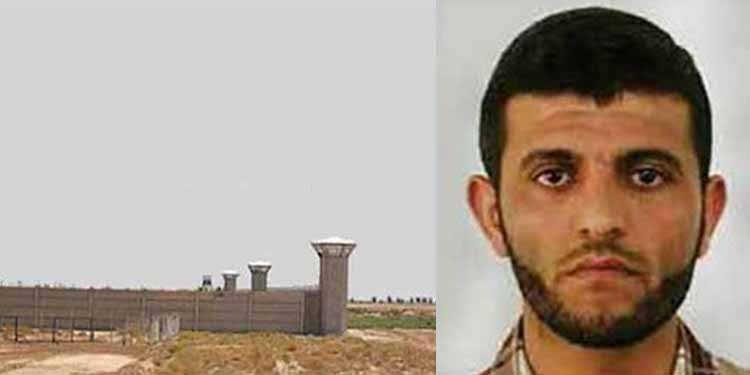 An Ahwazi Arab prisoner held in solitary confinement in Sheiban Prison, Khuzestan province, has been denied medical treatment despite his critical condition and being placed under torture.

Prisoner of conscience Jaber Alboshokeh needs medical care for injuries caused by beatings by security forces during the violent repression of protests that erupted in the prison on 31 March 2020 over the authorities’ failure to address concerns related to the spread of COVID-19 in the prison. He is suffering from wound infections and according to his relatives, his condition is so serious that he is unable to talk.

Since 31 March, prison and intelligence officials have suspended family visits in Sheiban prison and only allowed
prisoners to call their families daily for one minute. But Alboshokeh has only been allowed to contact his family once or twice in the past two months.

Following the violent repression of the protests dozens of prisoners were taken to an unknown location.
The Ahwazi Arab prisoner Jaber Alboshokeh along with his brother Mokhtar Alboshokeh, and Ali Mojadam, Moieen Khanafereh, Jamil Heidary, Jasem Heidary and Abdolrazagh Obeidawi were returned to Sheiban Prison by April 13 and were taken to solitary confinement, without access to regular phone calls.

The seven men went on hunger strike on April 23. No information is available on whether they continued their hunger strike but Jaber Alboshokeh is still in solitary confinement.

The families of the prisoners have repeatedly gathered in front of the Sheiban Prison to demand news about the situation of their loved ones.

In a statement released on April 30, Amnesty International said that prison officers and security forces used “unnecessary or excessive force” from the outset to quash the protests.

At the end of March, after reports that inmates from several prisons had tested positive for COVID-19, thousands of prisoners in at least eight prisons in Iran staged protests at the authorities’ failure to adequately protect them.
The authorities resorted to excessive measures. In several prisons, lethal force was used to suppress protests. Around 36 prisoners were killed and hundreds of others were injured.