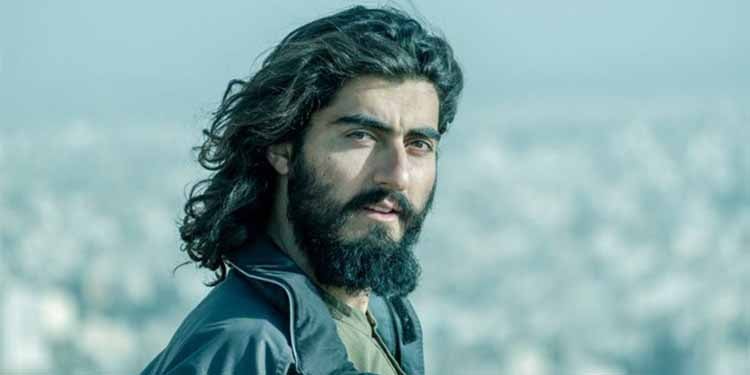 A Revolutionary Court in southwestern Iran sentenced Siavosh Nourozi Jafarlou to eight years in prison and 74 lashes for protesting Iran’s downing of a Ukrainian passenger plane.

A Revolutionary Court in southwestern Iran sentenced a student to eight years in prison and 74 lashes for protesting Iran’s downing of a Ukrainian passenger plane.
According to the sentence issued by the 1st Branch of the Revolutionary Court in Shiraz, Siavosh Nourozi Jafarlou was sentenced to seven years of prison for “assembly and collusion with the intention of disrupting internal security” and “insulting the leader”, Ali Khamenei.
The sentence has been suspended for five years. In the meantime, Siavosh Nourozi must check in with the intelligence agency on a weekly basis.
The Revolutionary Court’s verdict was only announced to him verbally and he was not given a written document.
He was only allowed to see the verdict and was not even allowed to make a copy of it.
Nourozi, who is a graphic designer student at Shiraz University was sentenced to another year of prison and 74 lashes for “disrupting public order” by the 101st Branch of the Shiraz Criminal Court.
Siavosh Nourozi was arrested on January 15 for taking part in a memorial ceremony for victims of a Ukrainian airliner shot down by the Iranian regime.
He was detained in his home by intelligence and security forces and was released on bail after 17 days.
After three days of denials, Iran’s Islamic Revolutionary Guard Corps (IRGC) admitted to “accidentally” shooting down the plane on January 8, 2020, killing all 176 aboard. Thousands of Iranians, mainly university students, held rallies in Tehran and other cities condemning the downing and the official denials.
State security forces responded the gatherings with violence, arresting many peaceful protesters in different cities.
So far, several protesters have been handed prison and flogging sentences.
In the northern city of Amol alone, 16 protesters were sentenced to prison and lashes. All 16 individuals were denied legal counsel during their trials.
The defendants Shora Fekri, Mohsen Rezaei, Meysam Khalili, Mehdi Raei and Salman Farrokhi, were sentenced to five months each in prison for “propaganda against the state” by Branch 1 of the Revolutionary Court in Amol presided by Judge Morteza Mahdavi.
Amin Forouhi, Ali Shokri, Azadeh Javani, Aydin Javani, Ayda Javani, Alireza Mohammadnejad, Fereshteh Mahmoudi, Hossein Mostafania, Meysam Khodabandehlou, Hamid Mohammadi Irani and Mohammad Reza Shojaei were sentenced to eight months each in prison for “propaganda against the state” by Branch 1 of the Revolutionary Court and an additional five months in prison and 20 lashes each ordered by the Criminal Court in Amol for “disturbing order.” The sentence issued by the Criminal Court has been suspended for one year.
Civil rights activist Shora Fekri was taken to prison in Amol, Mazandaran Province, on May 18, 2020, to begin serving a five-month prison sentence.
Other defendants are free on bail awaiting a decision on their appeal.