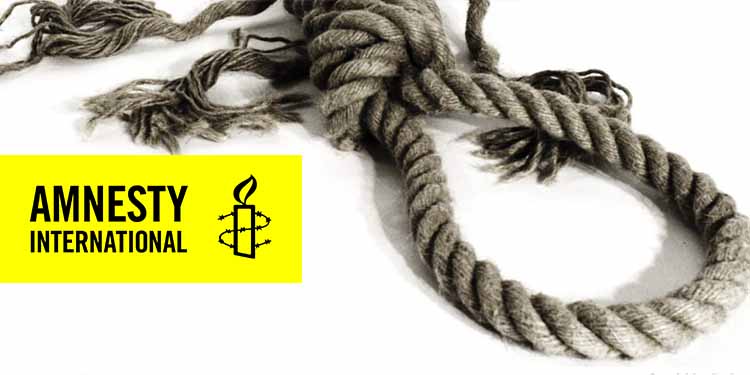 Amnesty International has condemned the execution of a 55-year-old man for drinking alcohol.

In a statement on Friday, July 10 Amnesty International’s Deputy Regional Director of the Middle East and North Africa, Diana Eltahawy said: “The Iranian authorities have once again laid bare the sheer cruelty and inhumanity of their judicial system by executing a man simply for drinking alcohol.”

“The victim was the latest person to be executed in [the city of Mashhad’s] Valkalibad prison, the site of numerous secret mass executions and a grotesque theatre of Iran’s contempt for human life,” she asserted.

Hossein Habibi Shahri the prisoner’s attorney announced on Thursday, July 9, that authorities have executed his client in Mashhad Central Prison for “drinking alcohol.”
The man has been identified as 55-year-old Morteza Jamali.

According to Habibi Shahri, the man had been arrested in 2017 or 2018 and had been charged with consumption of alcohol for the sixth time. Shahri said Morteza was also charged with driving without a license and the possession of alcoholic beverages.

In a heartfelt Instagram post attributed to Hossein Habibi Shahri, he said Morteza was the father of two small children.

Shahri called the court ruling “harsh” and that it is “as if all the country’s problems will be solved if he’s executed”.

The execution of the man for drinking alcohol triggered massive negative reactions by the Iranian public and social media users.

Responding to the strong backlash by Iranian social media, the Khorasan Razavi judiciary on Friday defended the verdict against Jamali.

A statement published on the state-run media said the man had been arrested several times between 2007 and 2018 on charges of drinking and possessing alcohol.

Under Iran’s Islamic Penal Code, consumption of alcoholic beverages is punishable by 80 lashes, and if an individual is convicted and sentenced three times, the punishment on the fourth occasion is death.

“Amnesty International opposes the death penalty in all cases without exception regardless of the nature or circumstances of the crime; guilt, innocence or other characteristics of the individual; or the method used by the state to carry out the execution.”

Amnesty International recorded at least 251 executions in Iran in 2019 in its annual Death Penalty report.