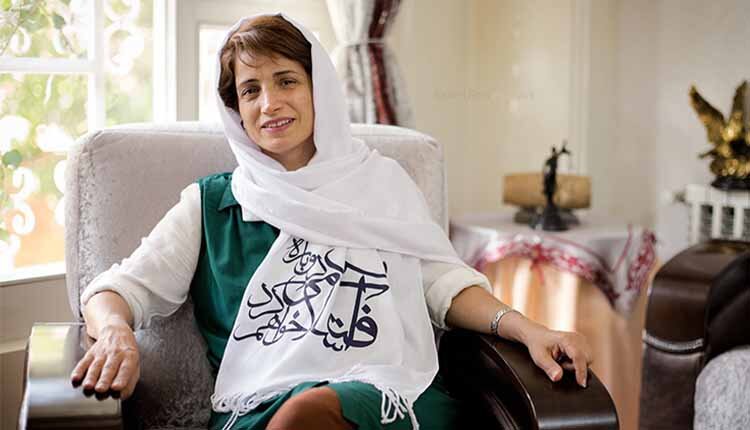 Jailed human rights lawyer Nasrin Sotoudeh has been transferred to the clinic of the Evin Prison after her health deteriorated on the 9th day of her hunger strike.

Nasrin Sotoudeh in critical condition was taken to the clinic of the Evin Prison at 7 p.m. on Wednesday, August 19, 2020, wrote Sotoudeh’s husband, Reza Khandan on his Facebook account the same day citing one of his wife’s cellmates who had just come out on leave that day.

Ms. Sotoudeh’s cellmate said, “Nasrin intended to refrain from drinking water and liquids in protest to the apprehension of her daughter, Mehraveh Khandan.”

Mr. Khandan further said that they would not have any news on Nasrin Sotoudeh until Saturday evening, because of the restrictions on the use of telephones in the women’s ward of Evin.”

“The conditions of political prisoners [in Iran] have become so difficult that it is impossible to continue their detention under these oppressive conditions,” Sotoudeh wrote.

Earlier, Ms. Sotoudeh’s attorney, Mohammad Moghimi wrote a letter to the UN Secretary General António Guterres, calling for the release of his client and other political prisoners in Iran.

The letter was published on Monday, August 17, after the arrest of Mehraveh Khandan, Ms. Sotoudeh’s daughter, for several hours. In this letter, Mr. Moghimi expressed concern about the life of his client because of her hunger strike.

He further stressed that the Iranian regime has ignored all international principles of human rights and internal laws of its own despite the Covid-19 pandemic in Iranian prisons, putting the lives of prisoners at grave risk.

He urged Mr. Guterres to use all the available means and take urgent action to convince the Iranian regime to adhere to its international obligations and internal laws, and unconditionally release Nasrin Sotoudeh and other political prisoners.

To bring more pressure on Ms. Sotoudeh, the authorities arrested her 20-year-old daughter, Mehraveh at her home in Tehran on August 17, 202.

She was arrested without prior notice on specious charges of “insult and assault” and subsequently released on bail.

The authorities also recently blocked the bank account of Nasrin Sotoudeh, cutting off funds for the family.