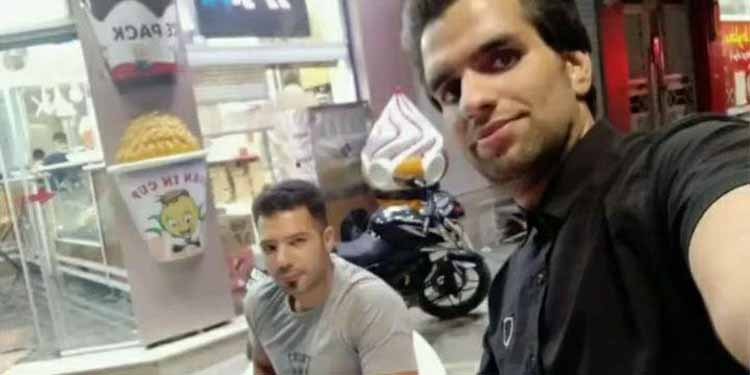 The State Security Force on Friday, August 21, 2020, shot and killed two young motorcyclists in Shahriar, a town to the west of Tehran.

Alireza Jafarlou and Alireza Goudarzi were returning from Mr. Jafarlou’s garden at 4 a.m. The night before Alireza Goudarzi had been working on the electrical and power network and facilities. Suddenly, the agents of the State Security Force asked them to show their license.

Since Mr. Jafarlou had not brought along his license, he tried to get away. The SSF agent reacted by shooting him in the back. Alireza Goudarzi who was riding the motorbike along with him, was shot in the waist and instantly died. Alireza Jafarlou was shot in the waist and shoulder. The bullet pierced his lung. In this condition, the SSF agent put handcuffs on him, beat him by batons and kicked and punched him.

Eyewitnesses said they heard the gun shots and rushed to help take the wounded to hospital because he was asking for help. But the SSF agent brandished his gun and threatened the people saying, “If anyone comes close, I will shoot him, too.”

The ambulance reached after 40 minutes and Mr. Jafarlou eventually died.

The families of these victims were told to wait until the Coroner’s Office announces the outcome of their autopsy. The families have not received the bodies.

The reason for Mr. Jafarlou’s death was being shot, but the subsequent vicious beating caused internal hemorrhage.

It should be noted that in article 7 of the law on use of firearms by law enforcement agents when necessary, it is said, “Agents who are subject of this law, must target the legs when necessary to use firearms. They must be careful, so that the shooting would not lead to death and other people who are not involved must not be harmed.”
The amendment to this law states, “The State Security Force is responsible to take care of the wounded. They must be taken to medical centers, as soon as possible.”

Shahriar, 42 kilometers west of the capital Tehran is one of the towns with the highest death toll in November 2019 protests in Iran.