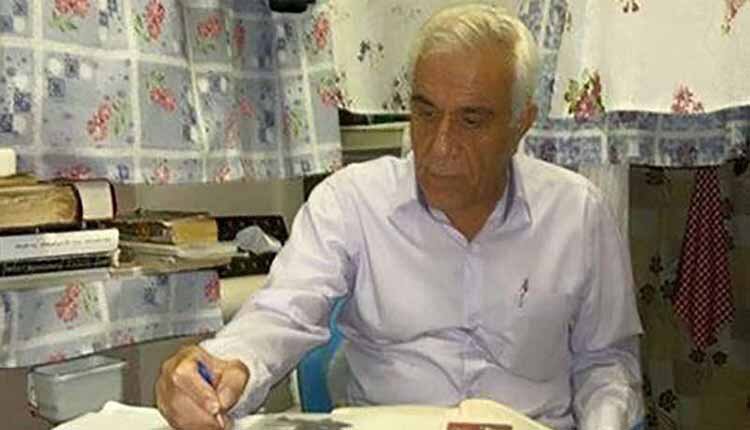 Years after sending political prisoner Arzhang Davoudi to exile in the prisons of Zabol and Zahedan, in Sistan and Baluchestan Province (SE Iran), the Intelligence Ministry is trying through various means to remove or conceal every trace of him, so that no one can disseminate any information about this long-time political prisoner.

In the latest news obtained on August 26, 2020, after much inquiry, it has been found that political prisoner Arjang Davoudi is detained in a quarantined solitary cell in the Central Prison of Zahedan, isolated away from other inmates. He is being held incommunicado and has no contact even with any of the other prisoners.

Arzhang Davoudi is presently detained in the Central Prison of Zahedan. In order to prevent leakage of any information on him and his conditions, the regime is relocating him frequently among several prisons in Sistan and Baluchestan Province and does not keep him in one certain place. The regime is thus trying to erase any trace of him.

Political prisoner Arzhang Davoudi has been in jail for 16 years. He is 67 years old and suffers from chronic diabetes. During his time in detention and under torture, he has partially lost his hearing and vision. As a result of beatings, his hip bone, right leg and left calf have been broken. His waist disc has been damaged and he is hardly able to move.

Since March 2018, there has been no news of him in the media. In those days, he was summoned to the office of the warden of the Central Prison of Zahedan, Mohammad Khosravi. This was where the deputy warden of Zahedan Prison, Gholamreza Ghadir pushed him off the second floor while his hands and feet were cuffed. His right hip bone and his left calf broke. His should blades were dislocated. Two discs down his waist were hurt and he is not able to walk until the end of his life. His ability to walk is very limited and he can move slightly only with a walker.

In 2007, the government agents impounded his house and car.

During his time in prison, Arzhang Davoudi has sent messages on various occasions denouncing the violations of human rights in the prisons of the clerical dictatorship.

In October 2016, he was relocated from Gohardasht Prison in Karaj and sent to exile to the Central Prison of Zabol. During this transfer, the guards of Zabol Prison did not hand over some of the belongings of this elderly prisoner.

In December 2017, when he learned of the nationwide Iran protests, he sent a message of support to the protesters:

“I love you all. I kiss you all, and I count on all of you for building a free Iran, a prosperous Iran, a democratic Iran, and an Iran filled with love, justice, and life.”