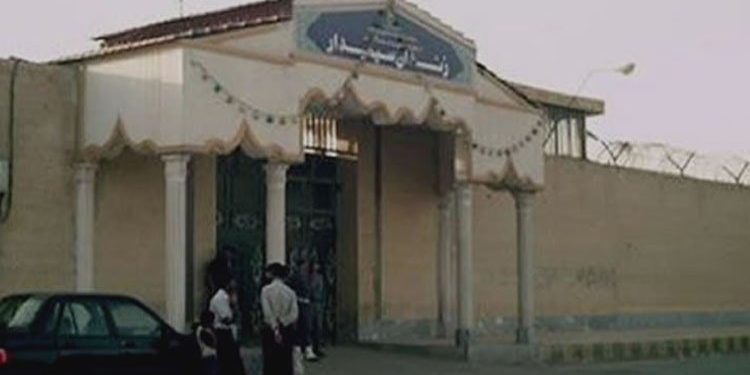 Women in Sepidar Prison of Ahvaz are held under intolerable conditions.

Lack of cooling system, water and electricity cuts have seriously deteriorated prison conditions in the heat of Khuzestan Province and amid the Coronavirus pandemic.

The only air conditioner in the overcrowded women’s ward is broken down. Extreme heat has worsened the conditions to the extent that some prisoners faint out and fall to the ground.

The situation is dangerous for elderly and ill women, causing them severe respiratory problems.

At least 50 women in Sepidar Prison are said to have contracted the deadly virus.

One of the prisoners, who was suspected of Coronavirus infection, was taken to a civic hospital, but was returned to the ward without being quarantined.

Prison authorities turn a blind eye on prisoners’ protests and needs. The inmates do not have any contact with the outside world as the only telephone line is usually cut off and it is virtually impossible for the prisoners to call their families.

A riot erupted in this prison in March 2020, in protest to the outbreak, which was viciously suppressed, and several prisoners were killed by security guards.

There are concerns about the spread of coronavirus inside Iran’s prisons and that the Iranian authorities have failed to sufficiently protect prison populations.

Amnesty International declared on July 31 that it had detected copies of four letters from officials of the Prisons Organization in Iran which operates under the supervision of the Judiciary Branch. The authorities had expressed alarm in these letters to the Minister of Health over lack of personal protection equipment, shortage of disinfectants and detergents, and other key medical equipment. The Ministry of Health did not respond to these requests and Iranian prisons continue to lack adequate equipment to deal with the pandemic.

Asghar Jahangir, Head of the Prisons Organization, had boasted in March that Iran must be recognized by the world as the top guardian of the rights of prisoners.

Earlier, the director of the Healthcare Network of Taybad had announced that the situation in this city is “red” with regards to the outbreak of the coronavirus pandemic.