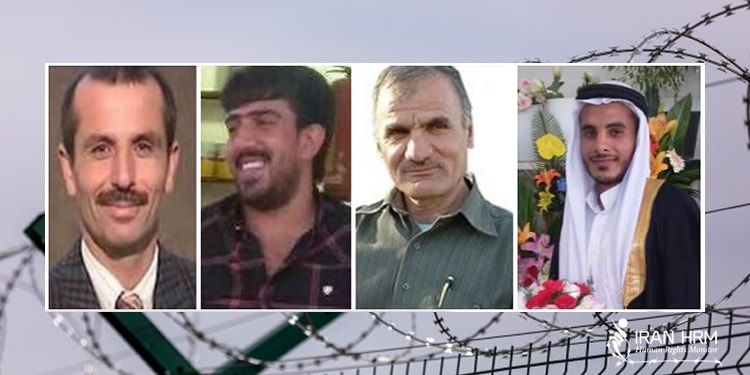 Reports from Iran’s Sheyban Prison indicate that the condition of political prisoners is alarming.
This is while that the number of inmates contracting Covid-19 in the prison has jumped up in recent months due to the increase in the number of prisoners in this facility.
Prisoners’ access to food is extremely difficult, and the prison store, which is the only food supply for prisoners, has been closed.
Sheyban Prison is in the city of Ahvaz, capital city of the oil-rich Khuzestan province, southwest Iran, where the majority of Arabic-speaking Iranians live.

The health conditions of political prisoners are deteriorating

Gholam Hossein Kalbi:
Both ears of the political prisoner Gholam Hossein Kalbi became infected long ago, such that he has lost hearing in one of his ears. Mr. Kalby is currently being held in ward 7 of this Prison, which is a ward for criminals and drug addicts, and is deprived of the minimum medical care.

Massoud Massoudi:
Political prisoner Massoud Massoudi, was shot and wounded amid rioting over fears of contracting the coronavirus in the prison in March 2020. He is in critical condition because his wound has become infected.

Ayub Porkar:
Ayub Porkar, a political prisoner who had a stroke, is in a dire situation and is denied primary care. He cannot eat the Prison’s food, and due to the closure of the prison store, he has no other way to buy the necessary food items.

Four death row political prisoners, including Ali Khosraji and Hossein Silavi, have been transferred to solitary confinement since three weeks ago and are being tortured and pressured.

The situation of these detainees, who are denied family visits, is unknown.
They have been sentenced to death following unfair trials which relied on “confessions” obtained under torture.

Iran’s increasing use of the death penalty as a weapon for repression is alarming & warrants the immediate attention of the international community. Without urgent diplomatic & public action, more lives in Iran are at risk of being cut short by the state’s execution machine.”

Iran Human Rights Monitor urges the United Nations Secretary-General, the UN High Commissioner for Human Rights, the UN Human Rights Council as well as the relevant UN rapporteurs and other human rights organizations to undertake urgent measures to save the lives of prisoners and to ensure an end to the ongoing torture and ill-treatment.