The security forces’ direct and indiscriminate shootings over the past month has led to the death of six people including a 17-year-old child, and 11 being injured in various Iranian cities.
Iranian security forces have a history of shooting and killing ordinary citizens. They carry out these attacks with impunity, especially against ethnic minorities such as Kurds and Baluchis.

Iran’s security forces shot and killed two civilians, including a 17-year-old boy, in western and southern Iran.
Ashkan Azizi who was driving a car along with his cousin Borhan Azizi was shot and killed by Iranian police in Kermanshah, western Iran on October 15. Borhan, also 17, was severely wounded.
The two minors are residents of Dareh Deraz region, on the outskirts of Kermanshah.
The police claimed they opened fire on the car because it did not have a license plate though images of the car on social media showed that the car had a license plate.

Iran’s security forces routinely open fire on civilians who transfer fuel due to lack of job options in southern Iran.
On October 16, naval forces opened fire on two civilians on a boat in Sirik southern Iran.
The two civilians were identified as Mohammad Rostam Zadeh and Ali Ashurania. Ali Ashurania was shot in the leg and sustained severe wounds while Mohammad Rostam Zadeh, shot in the stomach, passed away from blood loss and delay in getting medical attention.
An informed source said that due to a lack of suitable jobs, the two Baluch men used their boat to transfer fuel to make a living.
“Their boat was seized by the naval officers. Mohammad and Ali started to calmly walk towards the officers to prevent the confiscation of the fuel and were shot,” said the source.
Locals in Sirik torched tires and blocked the main road from Minab (north of Sirik) to Jask (sourth of Sirik) yesterday in protest to the killing.

On October 16, intelligence plain clothes agents killed a man in Balochistan.
Officers opened fire on Mohammad Khaki Zehi’s car on suspicion of carrying drugs, which set the car on fire. The young man burned in the fire and died. Intelligence agents quickly fled the scene after inspecting the car, which was not carrying any drug.

At least three Kurdish porter were killed while 11 were wounded in the past month by direct fire of security forces in northwestern Iran.
On October 3, border guards in western Iran targeted a group of border porters, “kolbars”, killing 28 year-old Mehdi Zarei. The father of three was forced into this dangerous line of work to provide for his family.

On October 18, another Kurdish porter, Omid Shams, was killed by Iran’s border guards in West Azerbaijan Province. After transferring the body of this Kurdish civilian to Mako Forensic Medicine, his family was forced to pay two million tomans for the bullet used by the guards to kill him.
The a 27-year-old man was the father of two children one of whom was only 20 days old that day. 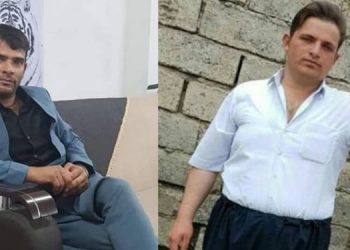 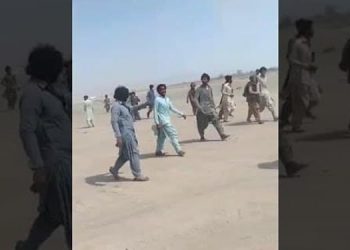 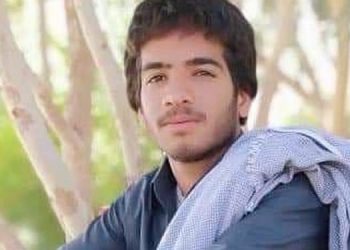