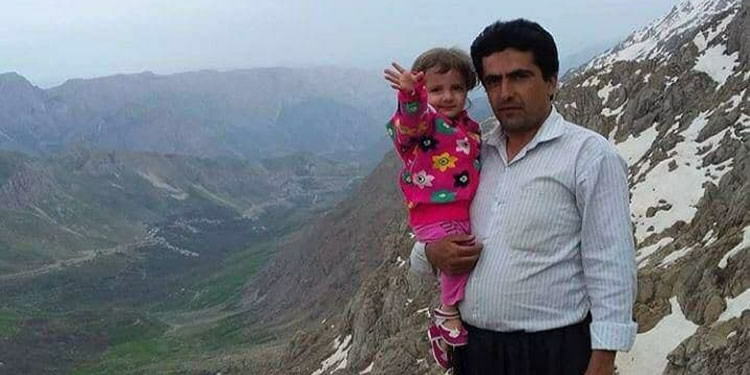 A Kurdish man was arbitrarily shot dead by the State Security forces in a Kurdish village on Tuesday night, November 17, 2020.

The victim was Saadi Rostamzadeh from Uraman Takht village in the Iranian Kurdistan Province, western Iran.

Security forces were engaged in hit and run battles with Kurdish retailers and businessmen when they opened fire on unarmed citizens. As a result of this brutality, Saadi Rostamzadeh was shot and killed in front of his own shop.

Saadi Rostamzadeh was reportedly not involved in the case of retailers and businessmen, but he was hit during indiscriminate shooting by security forces on unarmed civilians.

He lost his life because of severe injuries as he was being taken to a clinic in Marivan.

Rostamzadeh’s body was transferred to Sanandaj in Kurdistan Province.

According to state-run ILNA, the Social Deputy of Kurdistan Police confirmed the shooting which killed Saadi Rostamzadeh but said the “incident was unintentional” and would be “investigated.”

The police said they were targeting border porters or kolbars in the shooting, but locals said there were no kolbars in their village.

Uramanat Takht village is located in southeast of Marivan. A 75-km road connects this village to Marivan.

The Iranians regime’s security forces and police have a history of shooting and killing civilians with impunity. There are almost daily reports of police and border guards opening fire on Kurd border porters in western Iran and civilians carrying fuel in southeastern Iran.

In late October Iranian police shot and killed a young Kurd man in western Iran. The 29-year-old father identified as Khosrow Sharifi passed away from the severity of his wounds in the hospital yesterday.

Sharifi was shot in the head by the police in Baneh, and was taken to the hospital.

Sharifi who used his car as a taxi was driving his passengers on October 28 near the Kileh border region in western Iran when the police stopped his car, and started shooting.