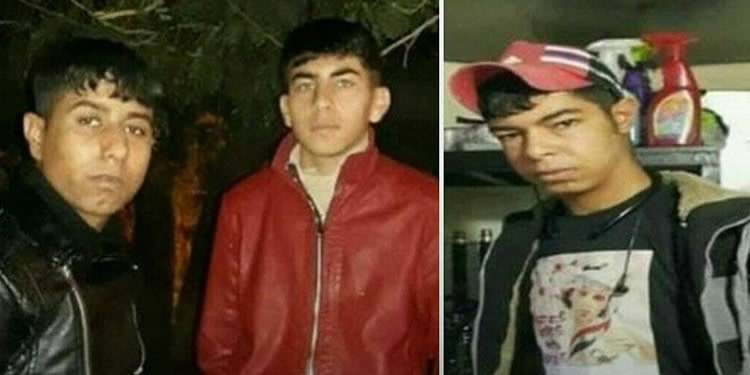 The Revolutionary Court of Dezful has sentenced three young men to a total of 40 years in prison for participating in protests over a rise in gasoline prices in November 2019.

Ra’d Hmdani has been sentenced to 20 years in prison while Ghasi Khasraji and Sajjad Dabat have been each sentenced to 10 years on the charges of Moharebeh (waging war against God) through setting fire to a gas station and a images of Ali Khamenei.

The three protesters were subjected to physical and psychological torture in an intelligence detention center for several months to confess to vandalizing public property during the protests.

The three protesters are held in Masjed Soleiman Prison.

Although the three are political prisoners, they are detained in one section with criminals, to increase pressure on them.

Protests erupted across Iran in November 2019 with an abrupt increase of at least 50 percent in gasoline prices. Within hours, outraged demonstrators in various cities were calling for an end to Iranian regime’s theocracy and the downfall of its leaders.

In many places, security forces responded by opening fire on unarmed protesters, largely unemployed or low-income young men between the ages of 19 and 26, according to witness accounts and videos.

Over 1500 men, women and children were killed during the protests while thousands were arrested.

In a December 23 report, Reuters said Iranian interior ministry officials also stated that 1500 protesters were killed during the three to four days of protests across the country. According to the report, Khamenei gathered his top security and government officials, and issued an order: Do whatever it takes to stop them.

Amnesty International said in March that 23 children were among those gunned down on the streets in November 2019.

Almost a year after the bloody November 2019 protests, many protesters are still detained with heavy prison terms. Two protesters were hanged while at least eight have been sentenced to death.