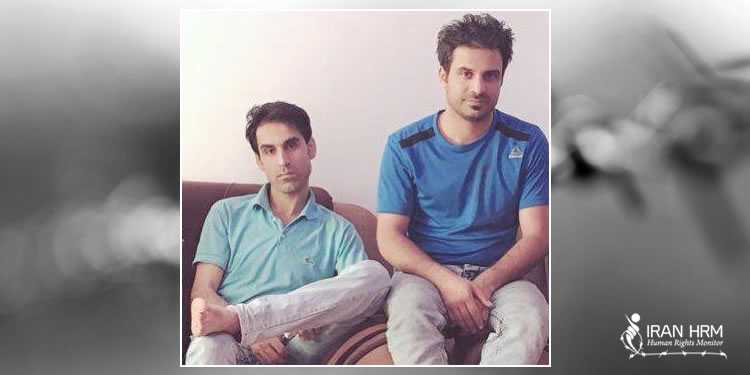 More than 4.5 months since Navid Afkari was cowardly executed by the clerical regime in Adelabad Prison of Shiraz, his two elder brothers, Habib and Vahid Afkari continue to remain in solitary confinement in that prison.

No reason or explanations have been provided for their continued detention. Their family’s inquiries to find out about their conditions has led nowhere, only adding to their concern over their safety.

Authorities in Shiraz arrested the Navid Afkari and his brother Vahid on Sept. 17, 2018, and detained a third brother, Habib, later that year for taking part in peaceful protests over worsening economic conditions.

Navid Afkari, a 27-year-old wrestler was sentenced to death for a murder confession that he said he was tortured into making.

Vahid and Habib were later sentenced to decades in prison.

In separate audio messages recorded in prison and posted to social media in August 2020, Navid and Vahid said they and Habib had been tortured to make false confessions.

Navid Afkari was hanged in Adelabad Prison of Shiraz at dawn on September 12, 2020. Agents of the Ministry of Intelligence did not hand over his body to the Afkari family for hours after his hasty execution.

They did not allow Afkari family to hold any memorial ceremonies for him and only his close relatives, including his father, mother, sister and two brothers were allowed to attend his burial.

Iranian authorities in Sangar village in the southwestern province of Fars damaged the wrestler’s gravesite on December 18, 2020. They had used heavy equipment to destroy two walls around Akfari’s gravesite the day before.

The desecration of the gravesite occurred after Afkari’s father, brother, another relative, and a laborer had gone to Sangar’s cemetery earlier to do preparation work for laying a tombstone for the wrestler.

While the three family members and laborer were at Afkari’s grave, at least 30 police and plainclothes officers arrested them and detained them for several hours at the intelligence office of Ardakan County before releasing them.