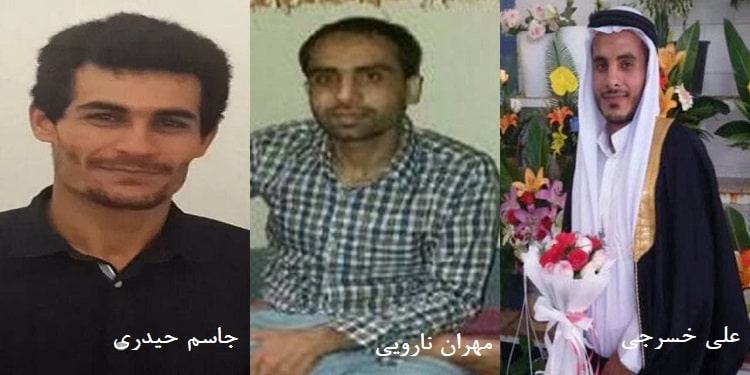 Amnesty International has raised alarm over an excalation in executions of Iran’s minority inmates and urged the international community to intervene to save the lives of eight men from Iran’s ethnic minorities.
The rights group called on Iranian authorities to immediately halt any plans to execute four ethnic Baluch and four ethnic Arab men who are on death row following “flagrantly unfair trials.”

“The recent escalation in executions of Baluchis and Ahwazi Arabs raises serious concerns that the authorities are using the death penalty to sow fear among disadvantaged ethnic minorities, as well as the wider population. The disproportionate use of the death penalty against Iran’s ethnic minorities epitomizes the entrenched discrimination and repression they have faced for decades,” said Diana Eltahawy in a statement on February 4.

The statement called for “concerted action” by the international community including the EU to stop the Iranian authorities from carrying out executions after flagrantly unfair trials marred by torture-tainted ‘confessions’.

Amnesty International said Baluchi prisoners on death row in Zahedan and in Dastgerd prisons have all been subjected to a catalogue of human rights violations, including enforced disappearance and torture to extract “confessions” used to convict them in unfair trials.

The watchdog said, three Ahwazi Arab death row prisoners – Ali Khasraji, Hossein Silawi and Jassem Heidari – have sewn their lips together and have been on hunger strike since 23 January 2021 in Sheiban prison in Ahvaz, Khuzestan province, in protest at their prison conditions, denial of family visits, and the ongoing threat of execution. The fourth Ahwazi Arab prisoner, Naser Khafajian, has been forcibly disappeared since April 2020, putting him at risk of torture and secret execution.

There has been an alarming rise in executions of Iran’s minority inmates in the past two months.

The Iranian regime executed at least 27 prisoners in January,10 of whom are Baluchis. Since 19 December 2020, at least 19 Baluchis and one Ahwazi Arab have been executed.

They include 31-year-old ethnic Baluch Javid Dehghan, who was executed on January 30.

Dehghan was charged with waging war against God or “moharabeh” and “cooperation with a dissident group” in May 2017 in connection with his alleged membership in an armed dissident group. He was accused of involvement in an armed ambush that killed two Revolutionary Guards agents.

This was followed by a grossly unfair trial before the 1st Branch of the Revolutionary Court in Zahedan. In convicting and sentencing Javid Dehghan to death, the court relied on forced confessions and torture, ignoring the serious due process abuses committed by Revolutionary Guards agents and prosecution authorities during the investigation process.

According to Dehghan’s lawyer, Mostafa Nili, his request for an appeal had been turned down.

The United Nations also urged Iran to halt the execution of Dehghan, a member of the Baluch ethnic minority as it rebuked Tehran for a number of recent hangings, including members of the country’s ethnic minorities.

The UN also condemned the crackdown on minorities in Iran since mid-December 2020. OHCHR spokesperson Ravina Shamdasani said this included a series of executions of members of ethnic and religious minority groups, in particular Kurdish, Ahvazi Arab and Baluch communities.

On January 28, Ali Motiri, a prisoner from the Ahvaz Arab minority was executed in Sheiban Prison of Ahvaz, southwestern Iran. He was arrested in 2018 and tortured to confess to killing two Basij members.