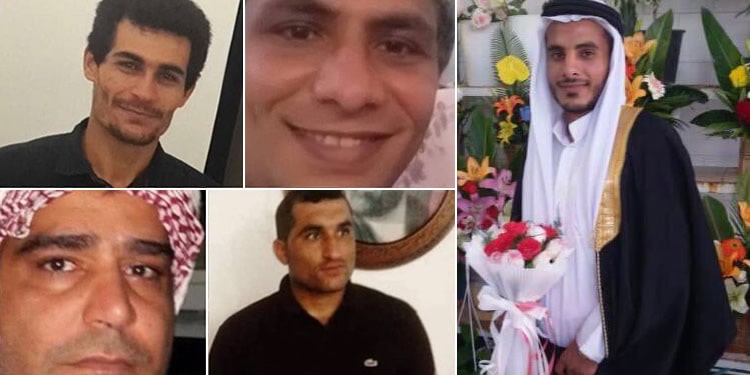 The Arab political prisoners are refusing food to protest mistreatment of inmates by prison guards and authorities and depriving them of visitation. They are also protesting the use of the death penalty.

Jasem Heydari, born on January 10, 1990, is an Arab citizen of Ahvaz. He was arrested in the city of Shush when he was only 17 years old. He was sentenced to 7 years in prison on the charge of “acting against national security.”

Ali Khasraji, born in 1994, is from Kouy-e Alavi district of Ahvaz. He shares the same case with Hossein Seilavi. Both of them were arrested in May 2017 for alleged participation in armed operations against security centers in Ahvaz.

Ali Khasraji was viciously tortured under interrogation to the extent that his rib cage and arm have been badly injured.

Ali Khasraji, Hossein Seilavi and Nasser Khaffajian were transferred to an undisclosed location on March 12, 2020, after riots in protest to prison conditions during the pandemic.

Ali Khasraji and Hossein Seilavi were returned to Shaiban Prison after three months on July 19, 2020.

Ali Motiri, 26, is a boxer from Ahvaz. He and two other inmates are on the death row. They were forced under torture to make false confessions to the murder of two members of the IRGC Bassij on May 7, 2018. Based on this confession, the Revolutionary Court of Ahvaz sentenced them to death on the charge of Moharebeh or waging war on God. The regime’s Supreme Court has reportedly upheld Ali Motiri’s death sentence.

Ali Mojaddam is also sentenced to death on the charge of collaboration with opposition groups, while testimonies by local residents indicate the opposite.