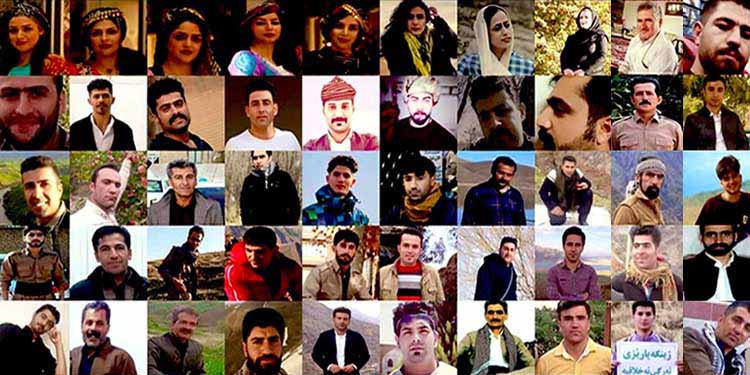 Iran’s intelligence and security forces have summoned and detained at least 100 Kurdish citizens in what appears to be an escalating crackdown on Iran’s Kurdish minority.

Since January 6, Iranian authorities have targeted scores of Kurdish people including activists, environmentalists, writers, university students, and ordinary individuals with no track record of activism. Nine of the detainees are women.

The homes of the citizens were searched, and their personal belongings were confiscated.

According to activists and family members, many of the arrests have been carried out without warrants by the state security forces.

Some sources say Revolutionary Guards and ministry of intelligence have threatened the detainees’ families and put them under pressure so they would not go to the media about the condition of their arrested family members.

Iranian authorities, have not given a reason for the arrests or revealed the status and whereabouts of at least 40 of the detainees, placing them at increased risk of torture and other ill-treatment.

The detainees have been denied access to their families and lawyers.

The Iranian regime is notorious for arbitrary arrests, incommunicado detention, and enforced disappearances particularly against the members of ethnic and religious minorities.

According to Kurdish human rights groups, in 2020, over 500 people from Iran’s Kurdish minority, including human rights defenders, were arrested for politically motivated reasons and charged with broad and vaguely worded national security-related offenses.

At least 159 of them were subsequently sentenced to prison terms ranging from one month to 17 years and four received the death penalty.

In a joint letter, 36 civil society and human rights organizations have called for the urgent attention of the international community to the ongoing wave of arbitrary arrests, targeting Kurdish citizens.

The human rights organizations have reiterated that, “these abusive detention conditions, which are in violation of both Iranian law and international human rights law, are placing the detainees at a serious risk of torture and other ill-treatment, which is practiced on a widespread and systematic basis in detention centers run by Iran’s security and intelligence bodies.”