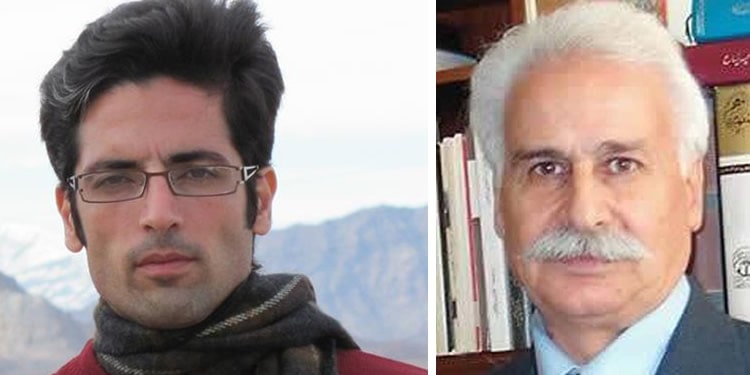 Two Iranian dissidents imprisoned since 2017 were sentenced to prison by the Revolutionary Court of Tehran in connection with a new case against them while they were in prison.

According to the verdict issued by Branch 29 of Tehran’s Revolutionary Court, Mohammad Bannazadeh Amirkhizi and Majid Asadi have been each sentenced to one year in prison on the charge of “spreading propaganda against the state.”

This is a common practice by Judicial authorities in Iran to extend political prisoner’s sentence, without any semblance of due process, in order to keep them behind bars despite completing their sentences or being eligible for release.

Payam Shakiba, another political prisoner involved in the case, was acquitted of the charges and released from Rajai Shahr prison in Karaj on Wednesday, February 3.

They were brought before Branch 29 of the Revolutionary Court of Tehran on October 19, 2020.

During the session, presided over by Judge Seyed Ali Mazloum, without their presence and with the presence of their lawyers, their case was examined on the charges of “spreading propaganda against the state.”

Earlier on September 26, the court hearing on the charges against the political prisoners was canceled due to their refusal to be transferred in handcuffs and wearing prison clothes at the court.

The two political prisoners were taken to Evin Court on July 20, 2019 into arraignment in connection with the new case.

The transfer came as the men were expected to be conditionally released within the same week from Karaj’s Rajaei Shahr prison, based on good behavior and having served a required minimum of half of their sentence.

Majid Asadi, who is in his late 30s, had already been acquitted of the charge attributed to him in the same branch on July 8, 2020. But under pressure from the Ministry of Intelligence the case was opened again on July 15, 2020.

Payam Shakiba and Mohammad Benazadeh Amirkhizi were returned to Rajai Shahr Prison in Karaj in December 2020.

Majid Asadi has been in detention since February 2017, when he was arrested at his home in Karaj, near the Iranian capital, Tehran. Asadi, a former student activist who had been working as a translator for a private company, was sentenced in November 2017 to six years in prison on charges of “gathering and colluding to commit crimes against national security” and spreading propaganda against the state.
Asadi previously had been jailed from October 2011 to June 2015 on national security charges related to his activism at Tehran’s Allameh Tabataba’i University. He had been arrested in June 2008 while studying at the university, released on bail three months later, then sentenced in March 2010 and jailed when his appeal was denied.