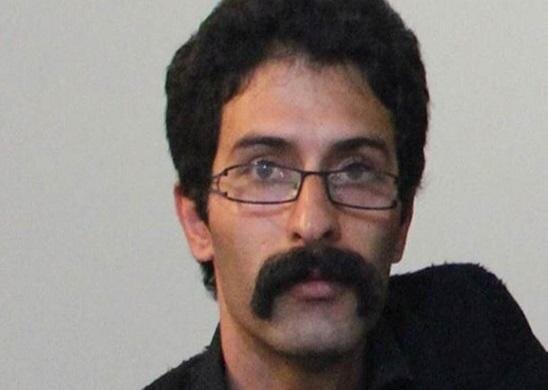 The letter reads in part: “28 days passed since our friend and cellmate Saeed Shirzad started hunger strike. His demands are all guild and totally legitimate and legal. We the signatories of the letter… express our deep concern about the consequences and effects of long term hunger strike on his health condition and demand his situation be addressed immediately to meet his demands.”

The political prisoner Saeed Shirzad, 27, was arrested on Sunday June 8, 2014 and held in Evin Prison’s ward 209 cells for two months without any communication with family and lawyer. He was then sentenced to 5 years imprisonment on the charges of “Assembly and collusion with the intention of acting against national security.” A few days ago in response to the requests by a number of relatives of political prisoners and those executed to end his hunger strike he wrote: “Let me continue this hunger strike and be the voice of imprisoned voiceless.”

Saeed Shirzad reminded that he did not sew his lips and staged hunger strike for himself but “I have done this for the loved-ones in prison whose lives are in danger these days and their voice reaches nowhere, the voice of beatings, humiliation, insults, repression and silent deaths in prison.”

According to the latest reports about Saeed Shirzad’s hunger strike, he is in poor health condition and prison officials do not pay attention to the legitimate demands of this political prisoner.

A source close to Mr. Shirzad emphasizing that the prison officials have done nothing to address his demands said: “He has been transferred to Gohardasht prison infirmary several times in the past few days due to sharp drop in blood pressure, extreme weakness, inactivity, lack of balance, palpitations, weight loss of 10 kg as well as kidney and stomach pain but refused serum injection and dispatch to a hospital.”