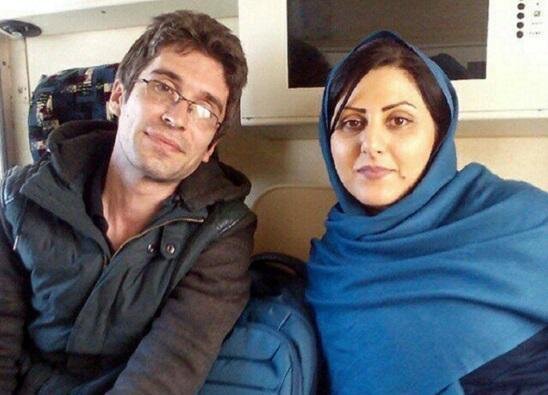 Ebrahimi Iraei, an Iranian political prisoner who was sentenced to 5-year imprisonment but recently released from prison on furlough, in an interview said: “They accepted that violation has taken place in my case. The prosecutor admitted it.”

“We were not after furlough at all, and according to the regime’s law if one third of a person’s sentence is not passed, he or she is not eligible for furlough. We did not want this to happen but the health condition of Arash was very dire and I had no choice but to finally leave the prison. They said Arash would be transferred to hospital and the prosecutor’s office accepted it and issued a letter and a warrant. So, I left the prison on furlough but until after 8 pm when Arash contacted us, we know that he was still in prison and was not dispatched to hospital,” she added.

According to reports, the health condition of Arash was very dire after 72 days of hunger strike, but even after ending the strike due to vomiting and severe stomach pain and coughing up blood clots, on Wednesday January 4 he was transferred to the Evin prison infirmary, instead of hospital, and returned to the prison’s ward 8 after receiving anti-vomiting and stomach pain drug injections. He is suffering from the complications of 72 days’ hunger strike and must receive medical treatment in hospital.