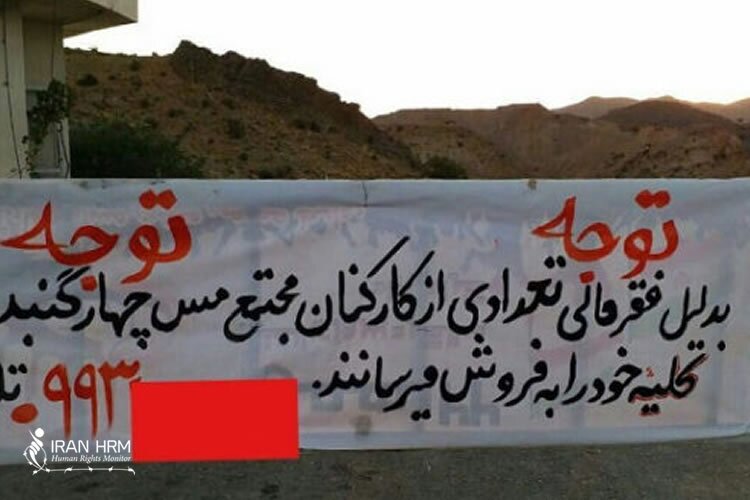 A group of workers in Kerman, southern Iran, have recently posted a big banner announcing that they are offering their kidneys for sale due to extreme poverty.
“Attention, attention, a group of workers of Chahargonbad Copper Complex sell their kidneys due to poverty,” reads the ad.
Due to the regime’s inefficiency, millions of Iranians are struggling with grinding poverty as a result of which sale of kidneys and other body organs has become common practice in the country.
Close to breaking point, thousands of deprived people who do not have any source of income to feed their children have to give away their body organs for a temporary relief.
“Seventy percent of all kidney transplants in Iran were from living individuals, whereas in other countries across the globe this rate is only 15%,” admitted Mohammad Reza Ganji, head of the Iranian regime’s Nephrology Association.
The situation has become more appalling since a few years ago when people started selling their corneas and bone marrow.
“While selling blood, kidneys and livers is now common in Iran, currently this market is witnessing a growing trend of human eyes being offered for sale.” (State-run Shahr-e Ara daily – August 11, 2015)
Iran is the only country where the sale and purchase of living organs is legal and the officials do not take any measures to combat the trafficking of humans and organs.