Iran: A Shocking Ad, People Try to Sell their Kidneys out of Desparation, Poverty 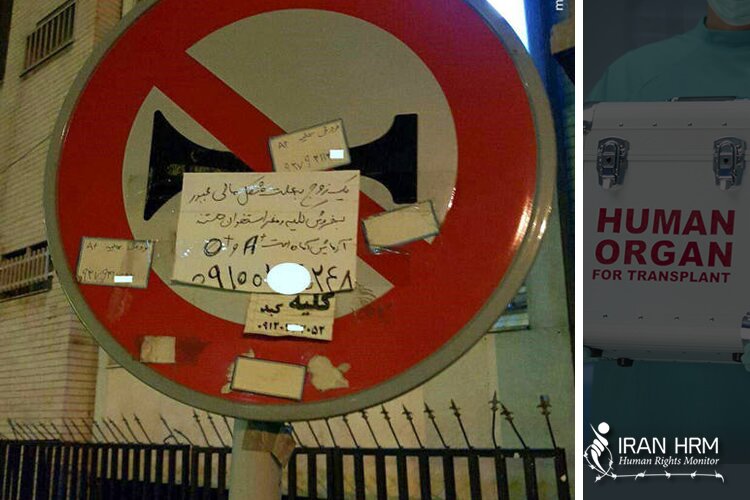 The state-run Mashregh News Website has released an image of a leaflet on which the sale of kidney has been advertised. A couple was planning to sell their kidney and bone marrow due to indigence and financial problems.
A statement has been also posted on a road sign of a street, reading that,’ A couple is desperate to sell their kidney and bone marrow due to problems. The test is ready. The blood types are O+ and A+.’
Iran is the only country in the world in which the selling of organs is legal. The Health Minister, Seyed Hassan Hashemi announced that there are 50 organ supply units in Iran. The Minister of Cooperation, Labor and Social Welfare, Ali Rabiei stressed that the number of dialysis patients is increasing in Iran and 5 thousand people are added to this figure by each year.
Following the booming market of selling Organs, the mafia gangs have entered the competition to buy and sell the children. A member of Tehran City Council, Fatemeh Daneshvar on Saturday, July 1, 2017, referred to the gangs that sell and buy children in Tehran, stating that,’ The children disappear in most cases and their organs are smuggled. After some time, their dead body is abandoned in the deserts without kidney and eyes.’ (Fars News)
Despite the fact that the regime’s Minister of Health states that ‘The kidney sale is inappropriate.”, a member of the Parliament’s Healthcare Committee on February 27, 2017, justified that ‘There are a lot of people who live with only one kidney.’ He further stated,’ What is wrong with selling kidney when a person is poor and wants to get 20 to 30 million Tomans ($6000-$9000)?’
According to the figures, 10 million people are nearly in absolute poverty in Iran. The income of 60% of our people is below the minimum.
These developments are taking place as mullahs are allocating billions of dollars of the Iranian people’s wealth for the export of terrorism and fundamentalism and warmongering across the region, especially in Syria, Iraq, Lebanon and Yemen to maintain this repulsive regime in power in any way possible.

Iran: Arash Sadeghi, his support for the legitimate demands of the hunger striking pol. prisoners in Gohardasht Prison