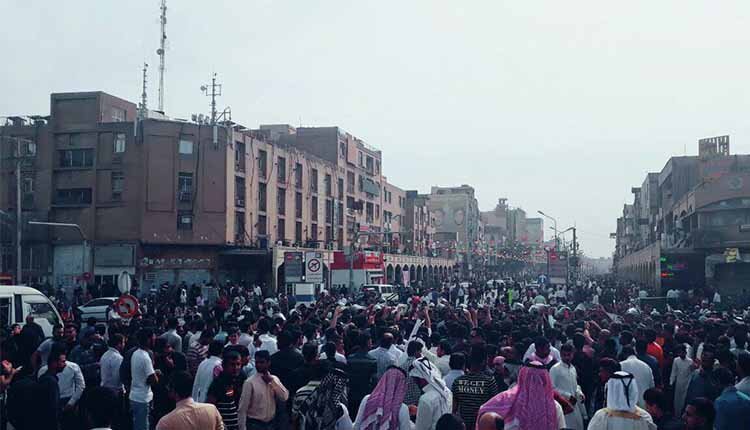 Thousands of people staged extensive protests in Ahwaz, on March 28 and 29, 2018, against racist presentation in the state-run television.

The protest was against a children’s program broadcast on the second day of the New Iranian Year by the state-run television, in which the presenter placed dolls with different folkloric costumes on the map of Iran where they belonged. But for southwestern Iran and Ahwaz, he placed a doll which did not have the Arab costume.

Security forces responded with tear gas to peaceful protesters who stood up to anti-riot units, saying their rally is completely peaceful.

Protesters resisted the security forces’ attacks and conflicts and clashes broke out in several cases.