Iran: At least 140 Arab protesters against discrimination arrested in Ahwaz 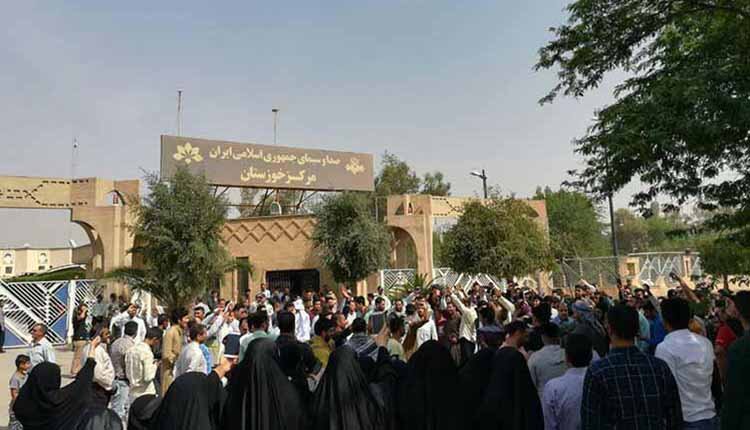 The number of arrested Arab nationality residents protesting insult by the state TV in Ahwaz, has reached to at least 100. Two women by the names of Ayesheh and Khadijeh Neassi are among those arrested.

Thousands of people took it to the streets in Ahwaz Iranian province protesting what they called the Iranian authority’s marginalization of Iranians of Arab origin and its efforts to erase their Arab identity.

Clashes with police broke out in various Ahwazi cities in protest against a cartoon TV show that used figurines to misrepresent various ethnicity in Iran. The segment completely ignored the Arab origins of the city and dolls symbolizing Ahwazi Arabs were nowhere to be found…

Ahwaz sources said that in the early hours more than 26 people were arrested, including three women.

According to activists, over the past decade Ahwaz has witnessed growth in non-Arab migration into their residential areas with government support, at the aim of disrupting the demographic composition and turning Arabs into a minority.

Concerns heighten over health of political prisoners in Qarchak Prison

Iran: At least 30% illiteracy rates in some Iranian provinces