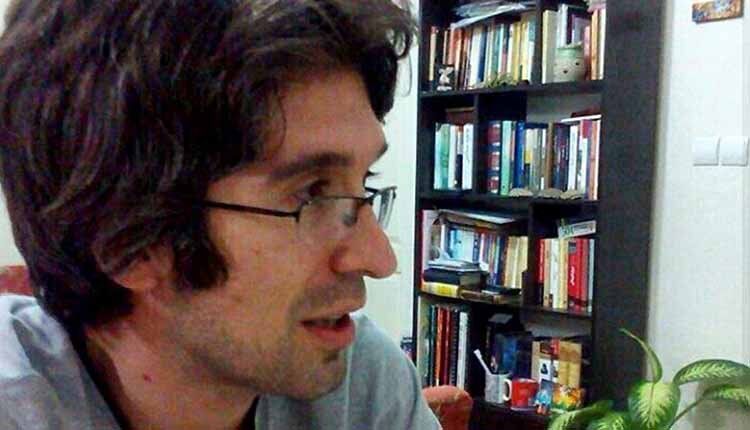 Political prisoner Arash Sadeghi, has been deprived of specialist medical treatment for a year due to intervention from the Revolutionary Guards Corps. Reports also indicate that during the past few months, he has suffered physical and mental pressure in Rajaie Shahr Prison.

The IRGC have prevented Sadeghi from going to the hospital and have said that he is only allowed to go to the Baghiollah Hospital which does not carry out special treatment for the political prisoner.

Due to a prolonged hunger strike, Sadeghi needs a healthy diet, but the quality of food at Rajaie Shahr Prison is horrific and this has aggravated his digestive problems.

The hunger strike of his wife, political prisoner Golrokh Iraie in Qarchak Prison, has also added to the mental pressure already on him in prison.

Golrokh went on hunger strike in protest to her illegal transfer to Qarchak Prison, requesting that she be sent back to Evin Prison. More than 50 days after her hunger strike, officials still refuse to meet her request.

Arash Sadeghi, a political activist who was expelled from Allameh Tabatabaie University, and his wife Golrokh Iraee, were arrested on September 6, 2014 by agents of the IRGC Sarallah Base. Arash was sentenced to 15 years of prison on charges of “gathering and conspiring against the system, insulting the founder of the Islamic Republic, spreading propaganda against the government and forming illegal groups” by the 15th Branch of the Revolutionary Court on December 22, 2017 while Golrokh was sentenced to six years of prison on charges of “blasphemy and spreading propaganda against the government”. Another four years from a previous case was also added to Arash’s sentence making it 19 years of prison.