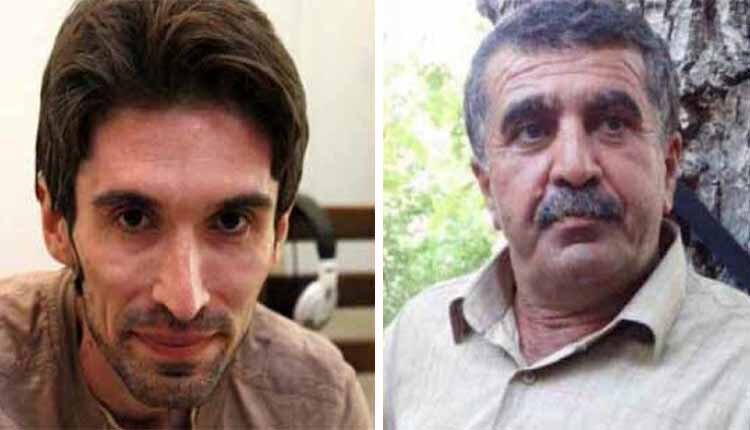 Arash Sadeghi, a human rights advocate imprisoned in Karaj’s notorious Rajaei Shahr Prison, has written an open letter following the assassination of Eqbal Moradi, a political activist in Iraqi Kurdistan and the father of political prisoner Zanyar Moradi. Mr Sadeghi points out the history of the Islamic Republic’s assassination campaigns inside and outside the country, ongoing since February 1979.

The dead body of Eqbal Moradi was found in Penjwen, a district of Iraqi Kurdistan which shares a border with Iran. He had been reportedly killed with three bullets. It wasn’t the first time that an attempt was made on his life.

“The campaign to eliminate critics inside and outside the country started in the very month of February 1979. It claimed the lives of hundreds of people associated with the previous regime in addition to Sunnis, Baha’is, dissidents and members of revolutionary political groups which were critical of the new regime. It continued during the vast oppression of the 1980’s and the mass murder of political prisoners in summer 1988. After the [Iran/Iraq] war ended, it continued with the campaign of assassinations (known as ‘Chain Murders’) which targeted the regime’s critics and opponents.

But the assassination wasn’t limited to critics and dissidents inside the country. In the last four decades, it has also targeted dozens of opposition figures in European countries.

Shahriar Shafiq, Ashraf Pahlavi’s son, was the first to be killed in Paris in December, 1979. He had been previously convicted of “Corruption on earth” [a capital crime in Iran] in an absentee trial chaired by Sadeq Khalkhali [notorious judge of the early revolutionary period.]

Abdolrahman Ghassemloo and Abdollah Ghaderi were assassinated in Vienna, Austria during a negotiation with the diplomats of the Islamic Republic.

Gholam Keshavarz was killed in Cyprus, Sedigh Kamangar in Ranya, Iraq and Kazem Rajavi in Switzerland.

Efat Ghazi [married to a prominent Kurdish activist and daughter of the President of the short-lived Kurdish autonomous republic in Iran] was assassinated in Vasteras, Sweden.

Abdolrahman Boroumand and Shapour Bakhtiar were killed in France.

Mohammad Sadegh Sharafkandi, Fattah Abdoli, Homayoun Ardalan and Noori Dehkordi were assassinated in a restaurant called Mykonos in Berlin. Then there was the bombing of the Jewish community center in Argentina…

Based on the statements of the German prosecutors, the campaign of assassinations abroad was led by the [Iranian] regime’s top political personalities, right up to the Mykonos assassinations. And it was only after the trial and the diplomatic crisis with European countries that the campaign came to a brief pause.

The ‘chain murders’ had started right after the 1988 [mass] executions. It was only in the Khatami era, because of a slightly more open media atmosphere, that public opinion became sensitive to the murders. Ultimately, it was declared that the murders had been carried out by high-ranking security officials (chiefly, Sayid Emami)…(But, from the autumn 1998 and onward, the murders continued and they didn’t stop until the early 2000’s.)

“The campaign of assassinations abroad has been re-activated. One has to be alarmed. The campaign has accelerated.”

This time around they targeted Eqbal Moradi. We heard the shocking and bitter news of Eqbal’s death – he is the father of Zanyar Moradi, a political prisoner convicted to death. [Eqbal] Moradi was active in the city of Penjwen and did human rights work. He was actively working with several human rights bodies, including the International Campaign of No To Executions and getting financial help to political prisoners and their families.

Rare is the human rights activist who hasn’t heard of Eqbal Moradi. I got to know him years ago and saw what he did for his dear son and nephew (Loqman Moradi) and all political prisoners. When Zanyar was 19 he was taken as a hostage together with his cousin, Loqman, just because the security apparatus held a grudge against his father.

Zanyar and Loqman were convicted to death without a fair trial. It is now 10 years since they’ve been in prison. Here is an obvious sign of injustice in the trial of Zanyar (a man who I consider to be a symbol of resistance and honor): When there were witnesses ready to testify to their innocence, the judge who is but a rubber-stamp for the security apparatus refused to accept their testimonies without giving any legal reasons.

They are hostages in a cruel and evil plot of the security apparatus.

And now the father is gone and his death sounds the alarm of the re-start of the assassination campaign in Iraqi Kurdistan.

The re-activation of the assignation campaign in the Iraqi Kurdistan should be seen as being rooted in the nature of this regime’s confrontation with the opposition; they consider the physical elimination of critics and opponents to be legitimate based on the expediencies of the regime and religious law. In the last year, four more Kurdish activists have been assassinated in Iraqi Kurdistan in addition to Ahmad Mawlana Abu Nahez, known as Ahmad Neysi, an Ahwazi activist who was assassinated in the Netherlands.

Unfortunately, ever since the Kurdish Regional Government (KRG) was founded, it lacked a strong and independent government and it suffered from divisions between the main parties and the political-military presence of neighboring countries, especially the Islamic Republic, whose Hamzeh Base, centered in Urmia [Iranian city close to the border with Iraq] works on behalf of the Quds Force to run the assassination campaign abroad. This has made Iraqi Kurdistan an easy target.

Some countries are silent about the strategy of accusations and some others go along with it, officially and unofficially. This means that the current Iranian regime will not only increase its human rights violations inside the country, it will also work on elevating its opponents abroad with more ease. This puts a heavy burden on the officials of European countries.

In recent years, they’ve sent thousands of their citizens to countries such as Iraq, Syria and Afghanistan to show how serious they are in fighting state terrorism and human rights violation.

Western officials do not have the right to use the excuse of economic and trade interests to be silent about those who plan and execute state-led assassinations, the very people who also suppress opponents inside Iran. Any kind of silence or cooperation with the Islamic Republic officials encourages the continuation of domestic oppression and threats against the opposition abroad.

Four Afghan Citizens Scheduled to Be Executed in Iran