There are currently 11 women on death row in Shahr-e Rey prison located in a barren desert, east of Tehran.
The prison which is also known as Qarchak Prison, is a disused chicken farm that is described as the largest prison for women in Iran.

Eleven women imprisoned on death row are held under inhumane conditions in the Qarchak Prison of Varamin.
The names of the death row women in Qarchak Prison and the duration of their detention in jail are listed below:

Qarchak Prison is the most dangerous and worst prison in Iran due to its inhumane medical and psychological conditions,
Common complaints include urine-stained floors, lack of ventilation, insufficient and filthy bathroom facilities, prevalence of contagious diseases, poor quality food containing small pieces of stone and salty water.
As a new routine, those arrested on political grounds are first transferred to this prison until their sentences are finalized.
Food is one of the prison’s major problems as the food is not enough for everyone. Prisoners are usually served spaghetti, boiled potatoes and bread. As a result, many prisoners suffer from severe vitamins’ deficiency.

Number of prisoners and prison’s area

Reports indicate inmates are subjected to all forms of torture which also include rape.
The prison’s management punishes inmates who protest the prison’s conditions, such as the bad quality of food or lack of medical services, by sending them to solitary confinement with another psychologically disturbed prisoner in order to torture them.
Women transferred to Qarchak Prison after being arrested during protests have reported about the conditions of the prison. They said the prison authorities and guards sexually abuse the imprisoned women arrested for ordinary crimes. They are abused so severely that some lose their mental balance. 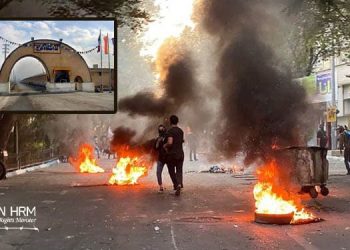 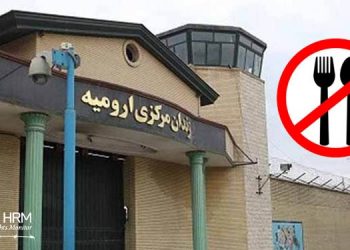