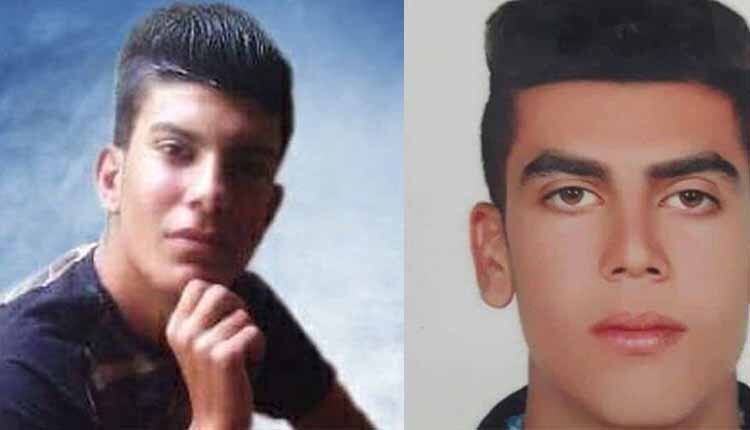 The issues of Iran human rights violation in April ranged from arbitrary killings and arrests, torture and inhuman treatment of prisoners, issuance of cruel sentences to violation of the rights of minorities, to violence against prisoners and stepping up pressure on political prisoners and executions, most horrible of which were the secret executions of two juvenile offenders.

The 17-year-old cousins, Mehdi Sohrabifar and Amin Sedaghat, were executed on April 25 at a prison in the southern city of Shiraz “following an unfair trial,” Amnesty International said in a statement on April 27. The teens had been convicted on multiple rape charges.

The teenagers had lash marks on their bodies, showing signs they had been flogged before the executions, Amnesty said.

“The Iranian authorities have once again proved that they are sickeningly prepared to put children to death, in flagrant disregard of international law,” said Philip Luther, Amnesty’s Middle East and North Africa director, in a statement.

“It seems they cruelly kept these two boys in the dark about their death sentences for two years, flogged them in the final moments of their lives, and then carried out their executions in secret,” he added.

Since 2017, the pair had been kept in a juvenile correction center and were transferred to the Adelabad prison in Shiraz a day before the execution.

Their families were granted a visit on Wednesday, but not informed about the death penalty, Amnesty said.

Iran is the second-most prolific executioner in the world after China, where thousands are believed to be put to death annually.

It is also the top executioner of children in the world, figures by Amnesty show.

Between 1990 and 2018, Amnesty recorded the executions of 97 prisoners who were convicted as minors.

At least 253 people, including seven under the age of 18 at the time of the crime, were executed in the country last year, according to Amnesty’s annual report, published this month.

At least 27 people, including two under the age of 18 at the time of the crime, were executed in April.

Iran is the second-most prolific executioner in the world after China, where thousands are believed to be put to death annually.

It is also the top executioner of children in the world, figures by Amnesty show.

Between 1990 and 2018, Amnesty recorded the executions of 97 prisoners who were convicted as minors.

At least 253 people, including seven under the age of 18 at the time of the crime, were executed in the country last year, according to Amnesty’s annual report, published in April.

The authorities continued to mistreatment of prisoners detained for political reasons and human rights advocates.

In many cases, this was done as a deliberate punishment or to extract “confessions”, and amounted to torture.

Human rights defender Nader Afshari has been sentenced to one year in prison and 74 lashes after being convicted of “disrupting public order” and “propaganda against the state.”

The activist had also been sentenced to four months in prison in February 2019 for spreading anti-state propaganda.

Meanwhile, agents of the Islamic Revolutionary Guard Corps’ (IRGC) Intelligence Organization have arrested at least 63 volunteers as they were trying to help people in Iran’s flood-stricken province of Khuzestan.

At least 25 internet activists were also detained for reporting on the devastating floods in the southwestern province, according to the judiciary’s news agency Mizan Online.

Charity worker Akram Nasirian who had recently worked in flood-impacted areas of the country was arrested by unidentified security agents in Tehran for unknown reasons. Nasirian, made a phone call to her family the following day on Monday, April 29, and said she was being held for interrogations.

The regime has regularly put pressure on prisoners by denying them medical access as a deliberate punishment or to extract “confessions”, and amounted to torture.

Mojtaba Dadashi was in the last semester of his undergraduate studies in political science at Hakim Sabzevari University in Sabzevar, Khorasan Razavi Province, when he was arrested on February 13, 2019, nine days after he posted the video on Twitter (later removed) and then on the Telegram messaging app.

When the family on Sunday went to the notorious Evin Prison in Tehran for their New Year’s visit, they were told that Atena was banned from any visit.

Violation of regulations on the principle of separation of crimes

When Ms. Entesari said she didn’t want to argue, she was beaten up. The attacker said she had no choice, she had been promised by prison officials that her request for conditional release would be taken into consideration if she attacked the dervishes.

Systematic attacks continued to be carried out against the religious minorities specifically, against the Baha’i minority.

Iranian Baha’i Zabihollah Raoufi, 70 was sent to internal exile after serving a one year prison sentence in Sanandaj Prison.

The Appeals Court in Iran’s Kurdistan Province had upheld a one-year prison sentence against Zabihollah Raoufi, who was accused of proselytizing his Baha’i faith.

He had also been sentenced to a year in exile in the remote desert town of Minab, Hormozgan Province, a term he must serve after his prison sentence according to the verdict issued on July 22, 2018.

The Iranian regime has always repressed and discriminated against ethnic minorities under various pretexts.

At least 9 Kurdish porters were killed by the state security forces.