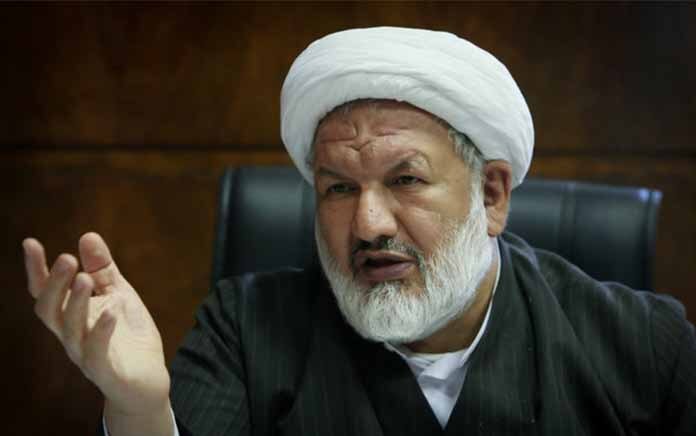 Ali Razini, a judiciary official admitted on July 29, 2019 that extrajudicial executions in summer 1988 were carried out on Khomeini’s emphatic order “without being held up by red tape.”

Deputy of Legal Affairs and Judicial Development of the Judiciary, Ali Razini considered the trials that led to the extrajudicial executions of thousands of political prisoners as one of Khomeini’s last major decisions.

Speaking to Jamaran, a website close to the family of Khomeini, Razini examined the circumstances that led to the issuance of the decree. He also explained how the executions had benefited the regime.

On July 24, 1988, Khomeini issued a secret edict to hold emergency trials under the pretext of “investigating war crimes.” He appointed Ali Razini as head of this court. The complete text of this secret edict was divulged three months later by the Iranian Resistance.

In the following days, however, the court rapidly changed its course and took aim at supporters of the PMOI in western Iran. The victims were residents of western regions of Iran who had supported the Mojahedin.

On August 17, 1988, the NCRI President sent a telegram to the UN and leaders of the five permanent members of the Security Council warning against widespread executions of individuals who had not been involved in the battles of the National Liberation Army, and were being executed merely for supporting the PMOI/MEK.

In his remarks Razini states that Khomeini’s edict paved the way for massacre of thousands of political prisoners in Iran.

“One of the most important benefits of this edict was that the opponents who had taken part in the Mersad Operation were dealt with by these courts. That is, we did not bring any of those arrested to trial in Tehran or Ahwaz. In the same war zones, they were arrested, tried and punished.”

Former prosecutor of the Tehran Revolutionary Court told Jamaran website that most of those tried in these courts without observing the formalities were young people and some of their trials did not take more than half an hour.

About the number of those executed Razini said: “We didn’t count. I do not remember. Back then we were busy and didn’t have time to count.”