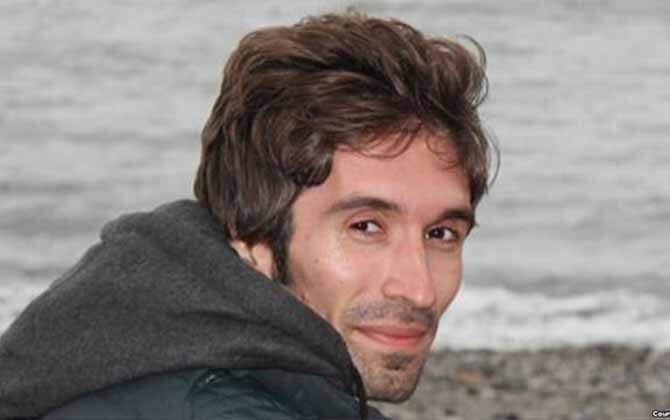 Prison authorities continue to refuse to allow political prisoner Arash Sadeghi to receive proper medical treatment in a hospital outside the prison.

Arash Sadeghi has lost the ability to move his right hand due to an infection on his shoulder that has been left untreated in Rajai Shahr Prison.

He needs to receive treatment from a doctor outside the prison, yet Iranian authorities continue to prevent his transfer to a hospital.

In late September the authorities told Sadeghi that they will take him to hospital in prison uniform and cuffs on his hands and feet, but Sadeghi refused.

Since June, the authorities have three times prevented his transfer to hospital without any explanation, according to a source close to his family.

Diagnosed with a rare form of bone cancer, the political prisoner underwent an operation to remove a tumor from his right shoulder on September 11, 2018.

After the surgery, physicians had requested that Sadeghi remains in the hospital for 25-30 days for chemotherapy. But the judiciary rejected the request and sent Sadeghi back to prison a mere two days after he underwent surgery. The chemotherapy was meant to prevent cancer from spreading to other parts of his body, including his chest.

Physicians have said that Sadeghi must undergo two more surgeries, but given the obstructions caused by Iranian regime officials, there’s no telling when those operations will be carried out.

Denial of medical treatment to political prisoners is one of the most common methods the Iranian regime uses to bring double pressure on them. In the past years, these measures used by the regime have caused the death of several prisoners by preventing them from getting timely medical attention.

Arash Sadeghi, political prisoner and human rights activist, is serving a 15-year prison sentence on charges of insulting the leaders of the Iranian regime and “propaganda and conspiracy against the establishment,” a common allegation used against anyone who speaks against the regime.

In August, Amnesty International issued a warning on the health conditions of Sadeghi.