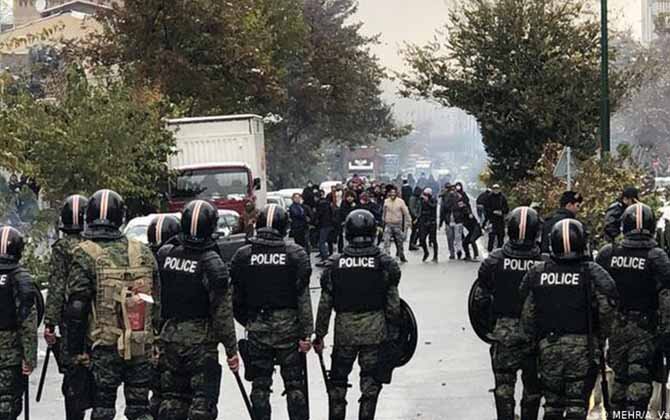 Soheil Arabi has recently sent out a letter describing the conditions and problems of protesters who have been detained in the Greater Tehran Penitentiary.

Mr. Arabi asserts that most of the political prisoners detained in Ward 5 of the Greater Tehran Penitentiary were arrested during the protests in November and come from poor working classes. They were arrested by intelligence agencies including the Intelligence Ministry and the IRGC Intelligence.

Soheil Arabai has been recently transferred out of Evin Prison and sent into exile to Ward 5 of the Greater Tehran Penitentiary for signing a statement in support of the nationwide uprisings in November and January.

Maysam was only 18. He was from Parand District. He was arrested by agents of the IRGC Sarallah Base for protesting against the sudden increase in the price of gasoline in November. Now, he is serving his prison sentence in Ward 5 of the Greater Tehran Penitentiary on the charge of association and collusion against the state.

In young age, his hands are full of callouses. He lost his father five years ago in an accident. Since then, he has become his family’s breadwinner and the man on whom his mother and sister rely. He worked from early morning until late at night, in the cold of winter and the heat of summer, to deliver food to people’s homes by his motorbike. And then, he studied at nights.

When the fuel price was increased, he took to the street to have people hear his voice. He said, “Even before this, I could hardly provide for the minimum needs of my family. Going on trips and having fun were a mirage for me and my likes. With the fuel price hike, how could I pay for house rent, food, medical care, and utilities? Who would come to our aid?”

No one. No one went to his aid, and his cries were answered by electric shockers and batons. He was tortured several times under interrogation. Standing above his head with an electric shocker in his hand, the interrogator ordered him to write that he had been incited by Israel and the U.S. and was a member of an insurgent group.

Meysam responds, “Where are Israel and the U.S.? We have not traveled farther than our neighborhood’s mosque! We want adequate wages and a healthy economy.”

One of the interrogators used torture and threats, and the other made false promises and enticements to make him write what they want. They said, “We want to help you.”

But Meysam did not have anything to say. He says, “Why do I have to confess to something that I have not done? I do not understand anything about politics and what you say. All I know is how to deliver a pizza, intact, to a customer. I know that when a customer tells me to carry the pizza to the fourth floor, I have to accept without any questions, and hand him the food with a smile. Some times, their tips of 200, 500, or 1000 tomans (10 cents) make me happy, thinking that if I collect them I could buy a birthday cake for my little sister so that she would no longer look at the pictures of her friends’ birthdays.

“Sir, my sister’s birthday is at the end of this month. I beg you (to set me free!) I already have a lot of debts which I have to pay. If I stay in prison, who would pay for my mother and sister’s rent and food?”

The interrogator, however, does not try to understand him. All he cares about is to make a thick case against someone he has to turn in to judicial officials as a political offender, and receive a reward in return for arresting a dangerous political offender, a seditionist, an agent of Israel, U.S., Mosad and the CIA.

Maysam Khaki, Milad Arsanjani, Abolfazl Karimi and dozens of other young people who have been arrested during the protests in November and are presently detained in the GTP, come from impoverished neighborhoods. They have been deprived of their most basic needs under the rule of the Islamic Republic regime and they have the right to protest.