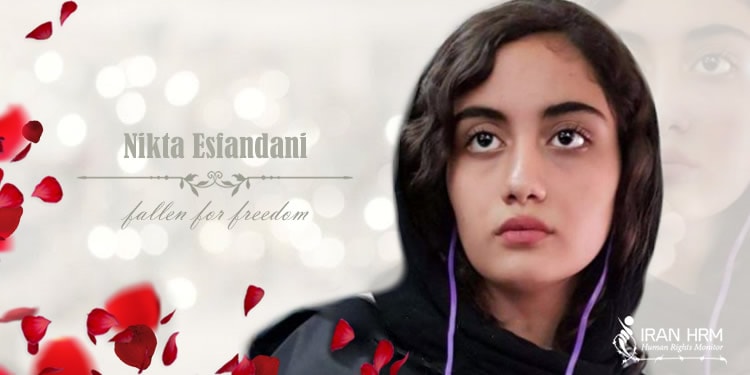 Nikta Esfandani was one the youngest protesters killed by security forces during the November 2019 Iran protests. She was 14.

Nikta Esfandani was slain in Tehran during the November 2019 protests that emerged after an abrupt government increase in fuel prices across the country.

Born in 2005, Nikta Esfandani was one the youngest protesters killed by security forces during the protests.

She was a member of a theatre group and liked playing guitar.

Nikta Esfandani was shot in the head by security forces on Sattar Khan Avenue, Tehran, on November 16, 2019.

She was buried in Tehran’s Behesht-e Zahra Cemetery, on November 20.

Nikta’s family said, “We hope that the blood of our innocent daughter is not wasted.”