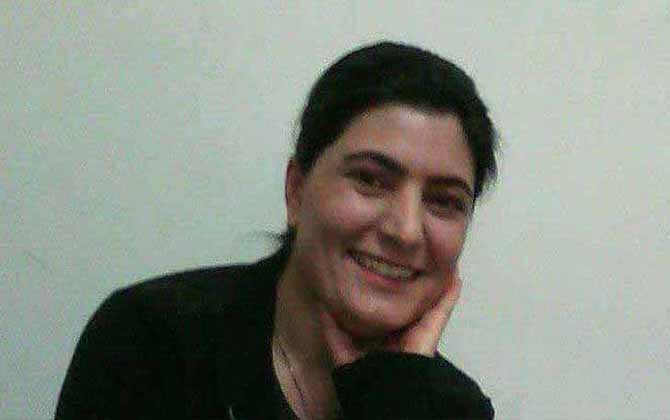 Political prisoner Zeinab Jalalian was taken to the Qarchak Prison of Varamin on Saturday, May 2, 2020. She is reportedly being held in the Quarantine Ward of this prison.

Zeinab Jalalian was abruptly transferred out of the Prison of Khoy on Monday, April 27, without anyone knowing of where she was being taken to.

On May 2, a source closed to the Jalalian family reported that the Kurdish political prisoner Zeinab Jalalian had been seen in the notorious prison for women, the Qarchak Prison in Varamin.

Referring to Ms. Jalalian, the sources said, “she was initially taken to the Prison of Urmia, and then to Kermanshah, and subsequently to the Evin Prison in Tehran. Ultimately, she was transferred to the Quarantine Ward of Qarchak Prison where some 80 newly-admitted inmates are being held. In light of the reports of coronavirus infections in this prison, her family are very concerned about her conditions.”

There is no information on why Zeinab Jalalian has been transferred out of Khoy Prison.

No lawyer is presently following up on the case of Zeinab Jalalian since her lawyer, Amir Salar Davoudi, is presently in prison.

Arrested in 1997, Zeinab Jalalian is sentenced to life in prison on the charge of “waging war on God.” She was flogged at the time of arrest, punched in the stomach, her head banged on the wall, and threatened with rape.

As a result, her vision has been impaired, and she suffers from various illnesses, including heart, intestinal, and kidney problems, as well as an oral thrush or candidiasis that has caused painful white bumps on her tongue and interferes with her ability to eat and swallow.

Prison authorities, however, have refused to send her for treatment. They use the denial of medical treatment as a form of pressure to force her into making false confessions against herself.