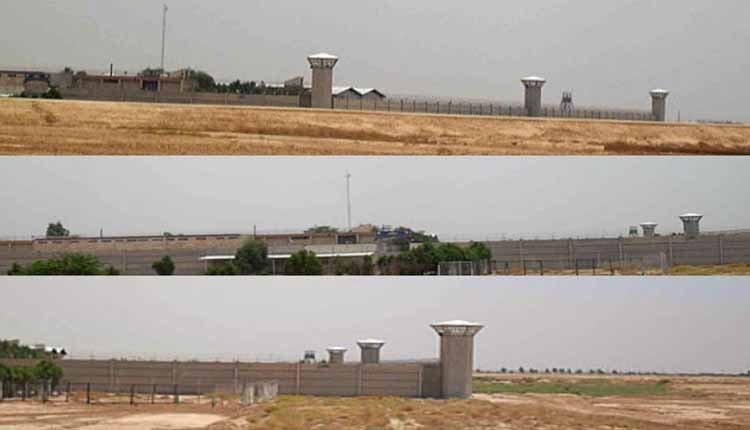 Iranian prison officials acknowledged the Covid-19 infection of many prisoners in Khuzestan Province, southwest Iran.
In a statement on Sunday, the Prisons, Security, and Corrective Measures Organization in Khuzestan Province confirmed a COVID-19 contagion in the province’s prisons.
The Khuzestan Prison Organization said that “with the increase in the number of COVID-19 cases in the province in recent days, several prisoners with cold-like symptoms were referred to the prison medical clinic”.
According to the statement, the prisoners tested positive for COVID-19 and were “quarantined”.
Despite this, the Khuzestan Prison Organization said that prisoners would not be hospitalized outside of prison because “there were in good condition”.
The Organization did not say how many prisoners were infected.
Since the coronavirus outbreak, the Iranian regime and its judiciary have tried to downplay the extent of the crisis, which has thus far claimed the lives of over 41,000 people.
The Iranian regime’s president, Hassan Rouhani, on Saturday, after months of cover-up and downplaying the coronavirus crisis in Iran, acknowledged the extent of this crisis in Iranian prisons.
“In one of the prisons, one infected person entered the prison, and before they could find out, 100 people out of 120 tested positive for the Coronavirus,” he said.
This is the first time that the regime officials have officially confirmed a COVID-19 contagion in prisons.
Since the epidemic hit Iran, at least eight prisons across the country rioted in protest to prison conditions and the dangers of getting infected with the virus. Prisoners in Sepidar and Sheiban prisons in Khuzestan were also among those who rioted. Several prisoners in Sheiban Prison were killed and wounded during the ensuing crackdown by prison guards.