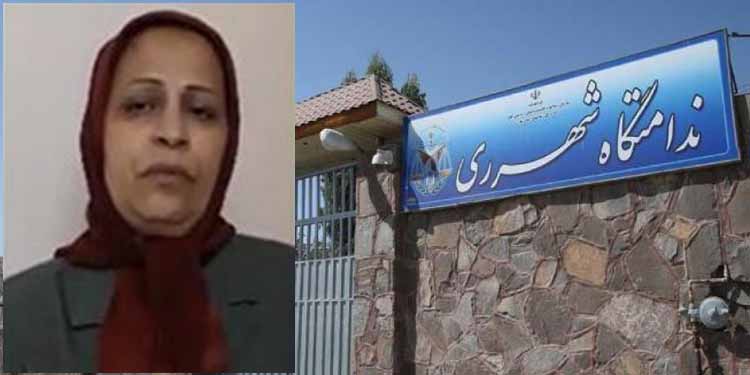 Political prisoner Zahra Safaei was threatened with assault and murder in Qarchak Prison by ordinary criminals hired by the Ministry of Intelligence.
Three prisoners incited by Ministry of Intelligence agents threatened Zahra Safaei to death on Sunday, June 13.
Based on Article 69 of the State Prisons Organization’s regulations, authorities are required to divide prisoners Article 69 of the State Prisons Organization’s regulations states: “All convicts, upon being admitted to walled prisons or rehabilitation centers, will be separated based on the type and duration of their sentence, prior record, character, morals and behavior, in accordance with decisions made by the Prisoners Classification Council.”
But political prisoners continue to be transferred to and held in prisons and wards with inmates convicted of violent crimes or with substance abuse issues.
Last year in June, political prisoner Alireza Shirmohammadali was stabbed to death in the Greater Tehran Central Penitentiary after he was kept in a ward together with inmates convicted of dangerous crimes.
Human rights activists inside Iran say that the regime has adopted numerous tactics to pressure political prisoners including housing them together with common criminals. The authorities are using the Coronavirus as a replacement for execution of prisoners.
There have been numerous reports about inhumane living conditions at the Qarchak prison, rising concerns about the spread of coronavirus.
Despite some prisoners testing positive for coronavirus, prisoners are only checked for fevers and provided with a bleach-water solution to disinfect surfaces themselves, which emitted fumes that irritated prisoners’ lungs.
Eight prisoners who have contracted the coronavirus in Qarchak Prison have recently been abandoned without any care at an inadequate space in the prison clubhouse, where is unsanitary and lacks ventilation.
The authorities have left patients in this place without providing them proper care and even food.
Some of the prisoners said they contracted the disease from a prisoner who returned from furlough. The sick prisoner was not quarantined. She was taken to her cell despite having symptoms of the virus. When her test came back positive, eight cellmates volunteered to be tested and the results were all positive.
Now, they have been transferred to the club where they are abandoned and nobody cares for them.
For example, one day, they were not given food until 5 p.m. because the prison guard was afraid of entering the ward.
Other prisoners are refusing to be tested, even though they have symptoms of Covid-19, because they are afraid they might meet the same fate as those who tested positive and be abandoned in an inadequate location.