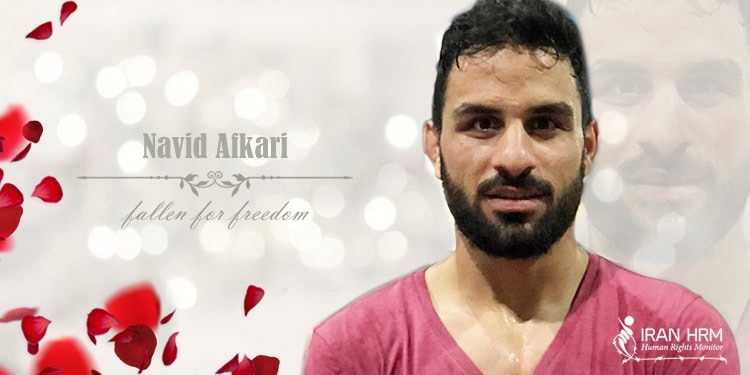 Iranian wrestling champion Navid Afkari was executed at dawn on September 12, 2020, despite a mockery of a trial and national and international outrage over his death sentence.

Navid Afkari was arrested during a wave of anti-government protests in 2018 and was accused of murdering a security guard during the protests.

He was tortured into making a confession.

In an audio recording leaked from the prison where he was being held, Afkari had said he had been tortured. His mother said her sons were forced to testify against each other.

His lawyer had said on Twitter that, contrary to Iranian news reports, there was no video of the moment of the security guard’s killing. He added that footage used as evidence in the case was taken an hour before the crime took place.

In another leaked recording Navid Afkari says: “If I am executed, I want you to know that an innocent person, even though he tried and fought with all his strength to be heard, was executed.”

His death shocked and broke the hearts of Iranians and many politicians, famous athletes, and organizations across the globe.

The outspoken 27-year-old has been hailed as a national hero by many Iranians and has become the most well-known Iranian political prisoner in the world due to his brave statements from prison on the regime’s injustice.

Navid Afkari’s brothers Vahid and Habib were sentenced to 54 and 27 years in prison in the same case.