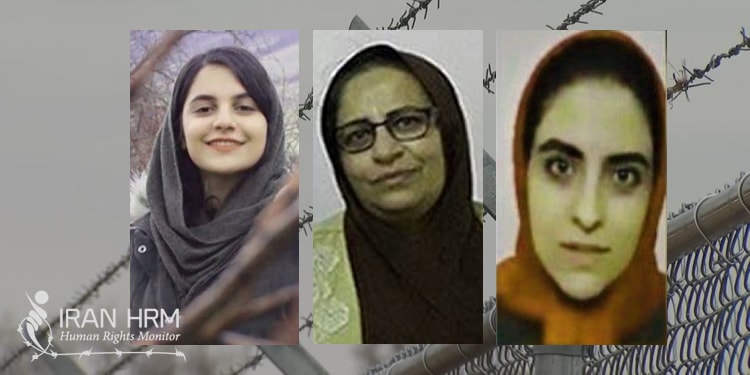 The two criminals have been identified as Zeinab Ghanbarnejad (a.k.a. Zeinab Saratani) and Narges Amir Ali.

The deliberate confinement of political prisoners in Iran together with violent criminals has repeatedly endangered their lives.

Parastoo Moini’s mother, Zahra Safaei, who is being held at the same ward, had been previously threatened and harassed in various ways in recent weeks by the criminals hired by the warden of Qarchak Prison.

The hired inmates are supposed to incite fights and murder the prisoners.

A reliable report on August 31, 2020, indicated that Mehdi Mohammadi, the warden of Qarchak Prison, and his deputy, a woman by the name of Mirzaii, have hired dangerous common criminals to incite fights and attack political prisoners Zahra Safaei, Parastoo Moini, and Forough Taghipour, and brutalize or kill them during the fight.

The two inmates who attacked Ms. Safaei are dangerous criminals accused of robbery and drug trafficking. They are Zeinab Ghanbarnejad, 44 from Tehran, and Nargess Amir Ali, 42 from Tehran. They were sent to the room where these political prisoners are detained on August 26, 2020.

The next day on August 27, 2020, they attacked Zahra Safaei and hit her in the head and face, and only stopped when other prisoners mediated and stopped them.

Zahra Safaei has complained to the authorities of Qarchak Prison, saying: “We do not have any security here. We do not feel secure at nights in the room and not even when we intend to go to the bathrooms complex.”

Zahra Safaei was threatened on June 3, 2020 by several inmates hired by the Ministry of Intelligence. They threatened to attack and kill Ms. Safaei.

In June 2018, political prisoner Alireza Shirmohammadali was murdered at the Greater Tehran Penitentiary after being unlawfully held in a ward with inmates convicted of violent crimes.