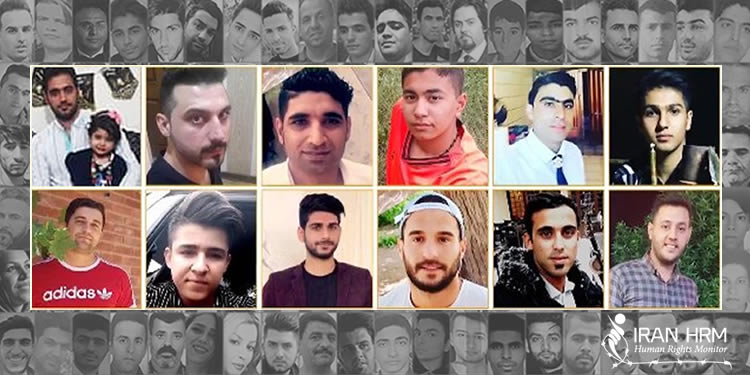 Nearly one year after the nationwide protests in November 2019, Iran Human Rights Monitor has verified the names of 20 other protesters who were killed by security forces during the protests in the southwest city of Mahshahr.

The list has been compiled based on eyewitness testimonies and credible sources inside Iran.

The names of 20 people killed in a marshland near the city of Mahshahr are as follows:

At least 1,500 protesters were killed and thousands were wounded during the state crackdown on Iran protests which erupted in November 2019 over a surprise increase in gasoline prices.

on November 18, 2019, according to eyewitnesses the Revolutionary Guards Corps members (IRGC) stormed the township of Chamran and surrounded roads in Mahshahr.

The IRGC members shot with heavy machine guns and killed nearly 100 demonstrators, mostly unarmed young men, in a marsh where they had sought refuge.

The killing of at least 1500 protesters in November 2019 including those in Mahshahr are clear examples of crimes against humanity. It is continuing with arbitrary arrests of dissidents, torture of prisoners, harassing thousands of families by keeping them in the dark about the fate of their children, and execution of the protesters.

Iran Human Rights Monitor urges The UN Security Council, world governments and the international community to take urgent action to immediately halt the murder and suppression of the protesters.
We urge the United Nations to quickly dispatch fact-finding missions to Iran. The regime leaders must face justice for perpetrating crimes against humanity and Iran protests massacre. Silence and inaction are both a violation of international conventions, laws, and standards, and embolden the regime to continue its crimes.