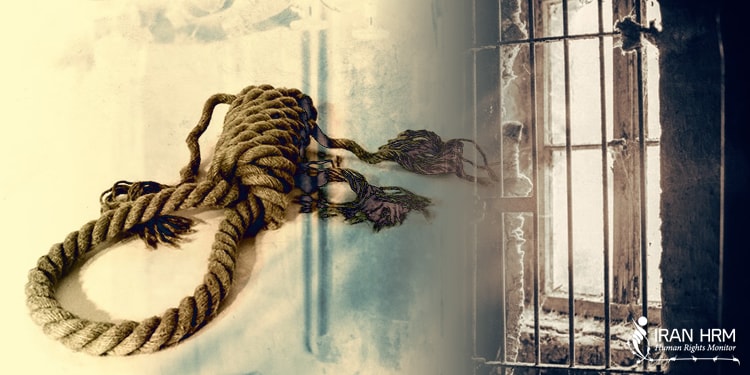 The death penalty and the execution of human beings under any pretext and for any reason is an inhuman punishment and a crime which the regime ruling Iran has legalized and justified over the years.

With 255 executions in 2020, the Iranian regime continues to hold one of the world’s top records in the use of the death penalty. The clerical regime issued and carried out the death penalty for political crimes, drug-related crimes, sexual offenses, Moharebeh (waging war on God), armed robbery and drinking alcohol.

The collected statistics cannot depict the reality of what is going on in Iran because the highly repressive conditions do not allow access to the true data by human rights activists. On the other hand, many executions in Iran are carried out secretly. Therefore, the actual statistics must be considered higher than those presented here.

Clearly, the clerical regime needed to issue and carry out the death penalty in Iran consecutively over the past year to terrorize the society, prevent outbreak of protests, and protect the regime. To this end, it issued death penalties for protesters and implemented some of them.

Furthermore, by carrying out the death penalty in Iran for crimes such as drinking alcohol or robbery, the Iranian officials showed their intent to terrorize and intimidate the civil society.

The death penalties were carried out by widespread violation of the due process of law. They included public executions and the executions of juvenile offenders. For these reasons, the Iranian regime was censured by international human rights organizations and institutions.

The Iran Human Rights Monitor (IranHRM) urges the UN Secretary General, the High Commissioner for Human Rights, the UN Human Rights Council, relevant UN Special Rapporteurs and all international human rights organizations defending human rights to take urgent action to stop torture and executions in Iran. The dossier of flagrant and systematic violations of human rights in Iran must be referred to the UN Security Council. Once again, the Iran HRM calls for formation of an international fact-finding delegation to visit Iranian prisons and prisoners.

The executions of protesters and political prisoners in 2020 were vivid examples of the regime’s use of the death penalty in Iran to repress Iranian citizens.

According to the information published by the state media and human rights activists, death decrees were issued in the past months for those arrested in cities across the country during the protests in December 2017-January 2018, August 2018, and November 2019.

Three protesters arrested during the November 2019 protests in Tehran were sentenced to death.

Five protesters arrested in Isfahan during the protests in December 2017-January 2018 were also sentenced to death.

The 27-year-old wrestler and national champion, Navid Afkari was arrested in Shiraz after the protests in August 2018. He was hanged on September 12, 2020.

Preceding him was Mostafa Salehi, a protester arrested in Isfahan during the protests in December 2017-January 2018. He was executed on August 5, 2020.

Political prisoner Mostafa Salimi was among dozens of inmates who broke out of the Prison of Saqqez on March 27, 2020. He was re-arrested and executed two weeks later on April 11.

Two Kurdish political prisoners, Diako Rasoulzadeh and Saber Sheikh Abdollah, were hanged in the Central Prison of Urmia on July 14, 2020. They were sentenced to death based on confessions extracted from them under torture.

Kurdish political prisoner Hedayat Abdollahpour was executed by firing squads in a military basecamp in Oshnavieh on May 11, 2020.

A Baluchi political prisoner, Abdol-Basset Dahani, was executed in the Central Prison of Zahedan on April 23, 2020. Before being executed, he had declared that he had been forced under vicious tortures to make false confessions.

The regime also executed Ruhollah Zam on December 12, 2020, to step up the atmosphere of terror and repression and prevent outbreak of protests.

The clerical regime continued to carry out the death penalty in Iran for juvenile offenders in violation of its international obligations. At least 6 victims of the death penalty in 2020 were minors at the time of committing the alleged crime. They were Majid Esmailzadeh, Shayan Saeedpour, Arsalan Yassini, Mo’ayyed Savari, Amir Mohammadpour and Mohammad Hassan Rezaii.

Juvenile offender Majid Esmailzadeh was hanged in the Central Prison of Ardabil on April 18, 2020. He was tortured to make confessions. According to his father, Majid was 16 at the time of committing the alleged murder. Because of his family’s poverty, he could not have proper legal assistance. The lawyer appointed by the Judiciary never answered the calls by his family.

Shayan Saeedpour was hanged on April 21, 2020, for a crime he had committed when he was underage. He was among the inmates who fled the Prison of Saqqez on March 27, 2020, after the outbreak of a riot in prison during protests over prison conditions during the Coronavirus pandemic. He was arrested a week later on April 3, 2020.

In addition, Danial Zeinol Abedini, a death-row juvenile offender, was beaten to death by prison guards in the Central Prison of Mahabad. His body was handed over to his family on April 2, 2020.

At least 8 women were executed in Iran in 2020. The Iranian regime is the world’s top executioner of women.

Executions carried out for crimes not punishable by the death penalty

At least 13 persons were executed in 2020 for drug-related charges, rape, “waging war on God” through armed robbery, and drinking alcohol.

In July 2020, by executing a man for drinking alcohol, the Iranian regime showed that it uses the death penalty to repress the society. Morteza Jamali, 55 with two children, was hanged in the Central Prison of Mashhad on July 8, 2020.

Shahrouz Kazemi Noureddinvand, 28, was executed in Isfahan on September 30, 2020, for Moharebeh (waging war on God) through armed robbery of a jewelry shop. The young man had resorted to robbery out of poverty and had hurt no one during his attempt.