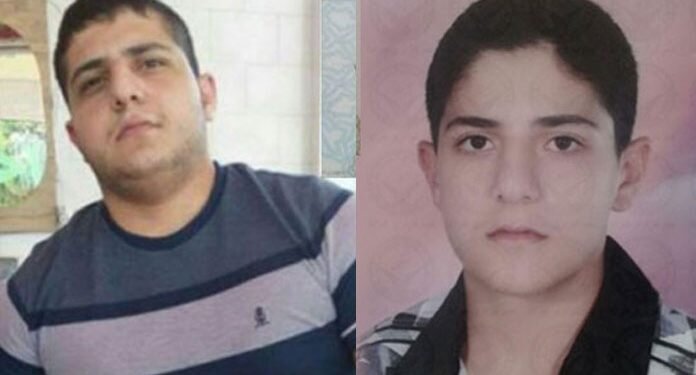 Iranian authorities executed a juvenile offender today in a prison in the city of Saqqez, in Kurdestan province, western Iran.
Shayan Saeedpour was arrested and sentenced to death for murder as a juvenile.
On March 27, Saeedpour had managed to escape along with tens of other inmates during a protest by inmates against prison conditions amid the novel coronavirus outbreak.
He was arrested a few days later and executed today despite Iran being bound by an absolute international legal ban on juvenile executions.
Shayan Saeedpour was arrested at 17 after surrendering himself at a police station for the murder of another person during a fight in August 2015. In October 2018 branch One of Kurdistan’s criminal court sentenced him to death for first degree murder and to 80 lashes for drinking alcohol.
There is evidence indicating that Shayan Saeedpour was under the care of a psychiatrist before the murder.
Saeedpour’s family, was told to come to Sanandaj Prison, where he was taken after being re-arreested, for a last visit with their son on Monday.

On March 27, Saeedpour had managed to escape from Saqqez Prison in west #Iran along with some 80 other inmates during a protest against conditions amid the #coronavirus outbreak.
He was arrested a few days later and taken to Sanandaj Prison. pic.twitter.com/oPBvwaFBco

It would seem that the speedy executions are related to the inmates trying to flee various Iranian prisons last months.
There were unrest in several prisons, and a mass escape from Saqqez Prison.
On April 11 Iranian authorities hanged Mostafa Salimi, a Kurdish prisoner in the same prison. He had also managed to escape the prison and fled to Iraq’s autonomous Kurdish region.
According to Iran Human Rights (IHR), under pressure from Iran, Iraq’s Kurdistan Regional Government (KRG) extradited Salimi to Iran.
Elsewhere, a juvenile offender died in Mahabad Prison after he was badly beaten by security officers.
The young man, Daniel Zeinolabedini was put in solitary confinement and beaten by security officers in Mahabad prison in Urmia in West Azerbaijan Province after a riot erupted on 28 March. Prisoners were protesting at prison conditions and the failure of the authorities to temporarily release them amid the COVID-19 pandemic.
Zeinlabedini was arrested two years ago for murder and put on death row, although he was 17 and a juvenile when he committed murder.