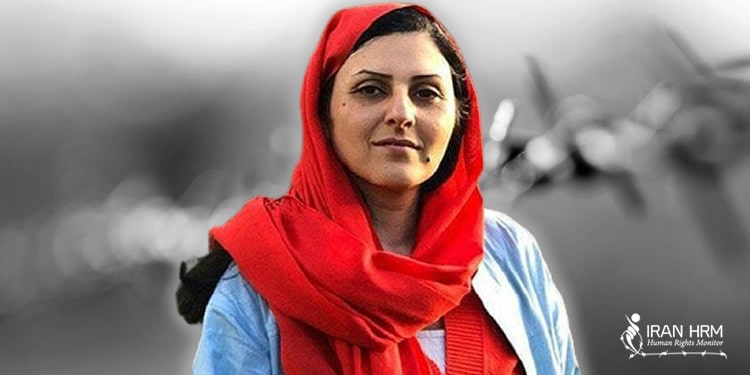 This happened only hours after she had been returned to Qarchak Prison in Varamin, on Sunday, January 24, after 43 days of intense interrogation by the IRGC Intelligence at Ward 2A of Evin Prison.

Amol is one of the cities of Mazandaran Province in northern Iran which is badly hit by the Coronavirus pandemic.

No news was available on the conditions of political prisoner Golrokh Ebrahimi Iraee throughout the period she was being interrogated.

Her family were extremely worried about her health and about fabrication of new charges against her by the IRGC Intelligence.

Golrokh Ebrahimi Iraee and other political prisoners in Ward 8 of Qarchak Prison were violently attacked on December 13, 2020. Golrokh was taken by the hair and dragged on the floor out of the ward. Prison guards said she was going to be sent to Evin Prison to undergo interrogations.

Golrokh Iraee was arrested at home on October 24, 2016, without receiving a written summon. She was sentenced to one year in prison for “propaganda against the state” and five years for “insulting the sanctities” through writing an unpublished story against stoning.

After finishing serving her sentence which included an 81-day hunger strike, Golrokh Ebrahimi Iraee was released from prison on April 8, 2019.

While in detention, she faced a new case filed against her by the IRGC Intelligence.

Shortly after her release, Ms. Iraee was rearrested and taken to Qarchak Prison to serve a prison sentence of 3 years and 7 months.

Ms. Iraee’s husband is human rights activist Arash Sadeqi. He suffers from bone cancer and is presently detained in Rajaishahr Prison in Karaj. He is serving a 19-year prison term without receiving proper medical treatment.