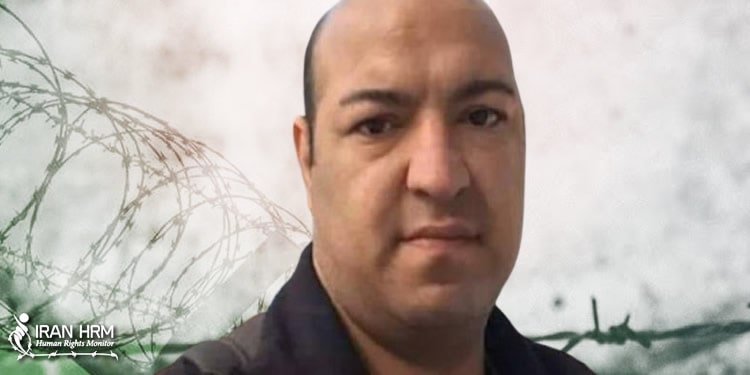 The lawyer of Sasan Niknafs, an Iranian political prisoner who recently died in prison, said on Wednesday that he had filed a “deliberate murder” complaint at the request of his client’s parents.

“This morning, together with the request of Sasan’s parents, we filed a complaint with the District 27 Criminal Court under the heading of deliberate murder to find out how my client died,” Ali Sharifzadeh told the state-run Emtedad news site.

Sasan Niknafs had been serving a five-year sentence at the Greater Tehran Penitentiary since July 2020 on charges including disseminating “propaganda” against the state and Iran’s leadership.

He died in Firouzabadi Hospital on June 5 after displaying “declining consciousness” while being seen by prison clinicians, according to a statement by the Tehran Prisons Organization that was published by the state-run ISNA News Agency on June 7.

Tehran’s General Administration of Prisons confirmed the death of Sasan Niknafs on June 5 in the Greater Tehran Penitentiary.

According to an informed source, other political prisoners were interrogated after his death about what medication Sasan used. The source said the prison authorities were trying to blame Sasan’s death on himself, by implying that he took unprescribed medication, as in Behnam Mahjoubi’s case in February.
Behnam was a detained Gonabadi Dervish, who died on February 21, 2021, in prison after untreated medical conditions that included serious neurological issues.

The source also said the prisoner of conscience was transferred to the hospital after his death, whereas the General Administration of Prisons stated that Sasan had died at the Firouzabadi Hospital.

The 36-year-old political prisoner was imprisoned despite displaying multiple physical and mental health issues, including a history of attempted suicide.

He had been suffering from diabetes, epilepsy, gastritis, steatosis (fatty liver), high blood pressure and depression but the authorities refused his release despite numerous requests. His elderly mother had tried, without success, to get a compassionate release due to his medical conditions.

Sasan Niknafs was kept in the prison infirmary despite his deteriorating health, where he passed away. Two days prior to his death, there was blood discharge from his mouth and nose, but prison authorities prevented his immediate transfer to a hospital. Instead, he was taken to the prison infirmary.

The death of Sassan Niknafs could be deliberate murder

“The death of Sassan Niknafs could be deliberate murder due to the authorities’ lack of attention to his inability to endure imprisonment,” tweeted Iranian human rights lawyer Saeid Dehghan on June 7.

“Based on Article 290 of the Islamic Penal Code, it would be considered intentional murder if a person deliberately commits an act that leads to a crime that was unintentional but committed with the knowledge that the action could result in a crime,” Dehghan wrote.

According to Article 502 of Iran’s Code of Criminal Procedure, if imprisonment worsens the health of a prisoner suffering from physical or mental illness, the judge could suspend punishment after consulting with the medical examiner until the prisoner recovers.

Iran’s judiciary responsible for the health of prisoners

Iran’s State Prisons’ Organization and judiciary chief to which it reports are responsible for the health and well-being of all prisoners.

However, Iranian authorities have little accountability to any independent body, especially when it comes to cases of political detainees. Deaths in prison are rarely investigated in a transparent manner and relatives or defense lawyers are usually kept in the dark.

The persecution of political prisoners, journalists, dissidents, and religious minorities such as Bahai’s, Dervishes and Christian converts is a priority of Iran’s Judiciary system.

In February 2019, Iran’s Chief Justice said that there were no political prisoners in Iran during a meeting with senior judicial officials. This is while lists of thousands of Iranian political prisoners and prisoners of conscience have been published by human rights organizations.