Mohseni Ejei, number one anti-women judge in the world 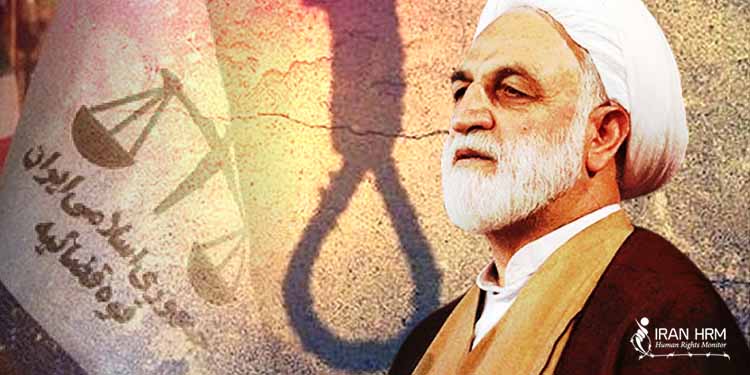 The inauguration ceremony of Gholam Hossein Mohseni Ejei as the new head of Iran’s judiciary took place on Monday, July 5. His appointment to this position is a sign of repression and double pressure on women in Iran.

The winner of the International Bludgeon Award

In recent years, Mohseni Ejei has been one of the main figures in the intelligence and judiciary in cases of executions and murders of women.

In the case of Reyhaneh Jabbari, who killed an intelligence officer in self-defense, Mohseni Ejei was one of the main supporters her execution. On November 28, 2014, a press conference was held in Germany in which Fariborz Jabbari, Reyhaneh’s uncle, was present. At the press conference, he accused Mohseni Ejei of “insisting” on the execution of Reyhaneh as his nephew.

Fariborz Jabbari clarified that Mohseni Ejei was the Minister of Intelligence when the agent was killed.

Reyhaneh Jabbari – 26 years old, was executed at dawn on Saturday, October 25, 2014, in Gohardasht Prison in Karaj. She spent 7 years in prison behind closed doors.

Jabbari, the interior designer of an advertising and decoration company, was charged with the murder of Morteza Sarbandi, a 47-year-old doctor, married, with three children and a former Ministry of Intelligence employee, when she was 19 years old. She was forced to defend herself against the assault and rape of this Ministry of Intelligence agent.

The case of the murder of Zahra Kazemi is another example in which the role of Ejei can be mentioned. In 2003, the main defendant in this case was Saeed Mortazavi, the then prosecutor of Tehran and a figure affiliated with Ejei. Ejei and Ebrahim Raisi acquitted Mortazavi of killing Zahra Kazemi.

Defending the oppression of women

In an example at a press conference with the media, Mohseni Ejei stated, “We mention those who seek to promote a culture of vulgarity and in our Islamic country, against the law, commit immorality and lack of hijab, and encourage this. Because our country is Islamic and has Muslim people, so the law does not allow them to do so.”

“We will first advise on the issue that I raised, and if necessary, we will intervene in these criminal acts, and the State Security Forces and the judiciary will deal with this issue. Institutions and ministries must also fulfill their duties and responsibilities in this regard,” he continued.

Patients die amid Iran’s blackouts while officials deny the truth